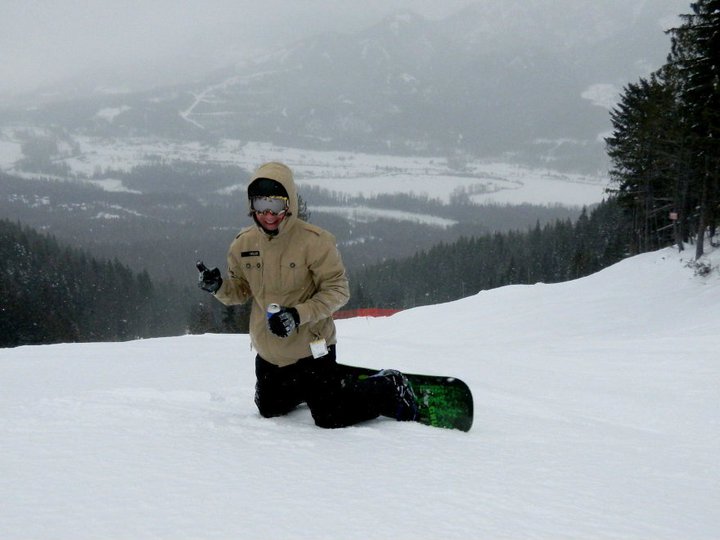 Jason joined CFC back in the summer of 2015, initially just as something new to try out, throw a few weights around and get a good workout in periodically… and my how things have changed! Jason is consistently among highest number of monthly registered weight-lifting and power-lifting PRs (Personal Records), has made significant changes in his mobility and movement patterns and improved his overall conditioning and aerobic capacity.

Jason continuously and rigorously works to improve his mechanics and is one of the most coach-able members in the CFC community. He’s also competed in the CF Open the last two years, enters the gym with positive energy and enthusiasm every day, and is just an all-around great personality. Our coaching team couldn’t be happier with your progress and persistence. Lift heavy and lift often. Congrats! 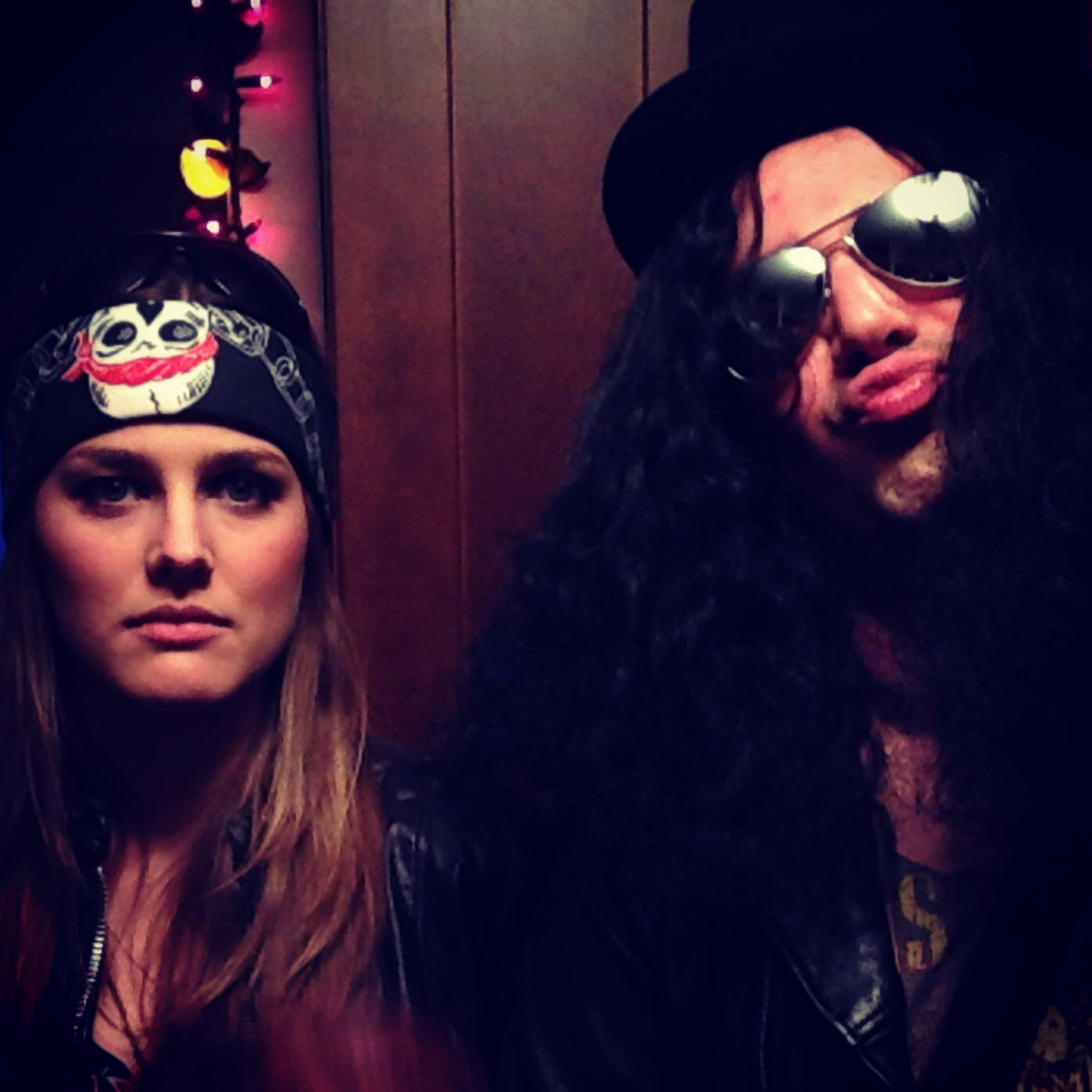 I’ve been doing CrossFit for two years now. When I first started I was just going to a regular gym and I was getting tired of it. When CFC opened up across the street from where I live I decided to give it a try. I keep coming back because I like it when I see improvements in my fitness levels. I feel better, I look better, and I like that I can see my progress through Wodify. It’s very rewarding.

I like sports. I play hockey, golf and volleyball. I was thinking about playing basketball this winter too. I enjoy video games. I play guitar and I just acquired a synthesizer so I am looking to explore electronic music. I’ve also been taking acting courses for the last three years and I’ve been auditioning for roles for films being shot in Winnipeg. I’ve also started painting with acrylics.

A supportive group of like minded people who are striving to improve themselves each day.

The balance. It has the right level of supportiveness and pushing people to push their limits.

Favourite movement is cleans. I feel like I do that lift very well and it’s relatively new to me. I never did cleans before I started doing CrossFit.
Least favourite is double unders. They’ve been the bane my CrossFit existence since I started.

Jason’s top 5s *as of Sept 1, 2017 because these lists are ever changing.
Superheroes:

I don’t have a favourite celebrity. Instead here are my top 5 movies:

Every coach brings different strengths to the gym. Shane has great attention to detail for Olympic lifts. I admire Taylor’s commitment to fitness. I’ve always admired how Jason strategizes workouts, it was very helpful early on because it made workouts seem manageable. I like Tomy’s energy and she has some really good mobility exercises. I like Jenna’s directness when giving cues is, she doesn’t mince words. Jenna can also literally take your pulse. Tyler is my fitness bro. He’s always been very helpful and encouraging from the very start. He also lets me use his weight belt. Michelle’s ok… I guess. 😉

CrossFit goals are to get proficient in double unders and muscle ups. I think if I can do that, I can do all the Open work outs as prescribed. Outside of CrossFit: to get cast in a film.

I was a Ukrainian dancer for 5 years.

What can be said about Me. O’Boyle. He is always awesome to have in class and is always giving his best. I think a wrestling nickname would fit. Mr. Consistency he is consistently getting stronger and improving his conditioning. On top of that he is usually the first one to give me a high five and say how fun the metcon was. Always takes coaching advice and applies it to his training. And when some good tunes come on he lets you know that it rocks. Also having access to a great coach even in his off time ( Michelle) has sure paid off. Continue to grow and challenge yourself and enjoy all the benefits of your hard work. – Coach Jason.

What a ride it’s been! My first memories of Jason are of his excessively tight shoulders, evident with anything overhead, how pale his face got nearing the end of his early days of conditioning workouts and the smile and sigh of relief when it was all over. He’s come a long way since then, particularly with his clean, snatch, gymnastics and ability to find a challenging working pace that doesn’t destroy him early in a workout. It’s also incredible to see how his commitment to mobility and warm-ups has progressed along with his strength, always eager to ask questions and learn more, he’s a reminder every day to stay curious, challenge yourself and be persistent with your goals. I love that. On the personal side, as a fellow GNR diehard and rock n’ roll savant, Jason’s got great taste in music and one of those DGAF attitudes about many of life’s pointless ideals. He’s easily one of my favorite people to chat about current events or just hang out with after a workout. Congrats Jason! – Coach Taylor

Jason is the reason I started CrossFit. We were working out together at another gym and had fallen into a mundane routine. Jason is always looking to improve himself and try new things. I call him my serial hobbyist. It’s been awesome to have watch Jason grow at CFC. Olympic lifting and gymnastics were totally foreign to him when we started and now he’s consistently RXing workouts and teetering on getting to Rx+. Jason is also the reigning PR champ from last year, a title I’m sure he’s hoping to defend. Here’s to mastering DUs and MUs!! – Coach Michelle

Jason’s come a long way from when he first stepped foot at CFC. Jason’s been diligent in playing the long/smart game, taking time with his mobility and ensuring the he moves the best he can through every exercise he does. This statement may be redundant month after month, but why it’s impressive in this particular case is the fact that Jason wasn’t gifted with great mobility to start with. Some people may be at ground zero or have a mobility advantage when joining CrossFit, however Jason was not in a surplus. It took Jason the better part of a year to get his shoulders properly working for him, and even to this day he’s diligent in ensuring his mobility and movement is in the right place before going up in weights. Between all that, and his constant progression in metcons and weightlifting, he’s definitely earned his spot as athlete of the month! Congrats Jason! – Coach Shane

Love this guy! As an athlete and even more as a person. He has made some great lifestyle changes and has been putting in a ton of hours at the gym. The results are hard to miss! He is stronger and faster, his numbers definitely reflect that! Proud of this guy! You will never hear him complain, he comes in every day ready to work and make people laugh. Happy to have met him, be able to call him a friend and be a part of his fitness journey as a coach. I enjoy all the fun we have inside and outside of the gym, can’t wait to see how much further you can go! Congrats, well deserved athlete of the month! – Coach Jenna

Jason is one of many who I have really enjoyed watching improve. He brings a positive energy into the gym and gets work done. I’ve always told anyone who’d listen that Jason is great to watch and see how far he has come as far as strength, mobility and confidence. It’s really cool to see someone in the gym starting to dabble in heavier weights and do more challenging movements in metcons. Over the summer Jason has really hit his stride and has been crushing old PR’s and building a big engine. Improvements have been made in leaps and bounds from not so long ago when an empty barbell overhead humbling. Great Job and keep on going man! – Coach Tyler