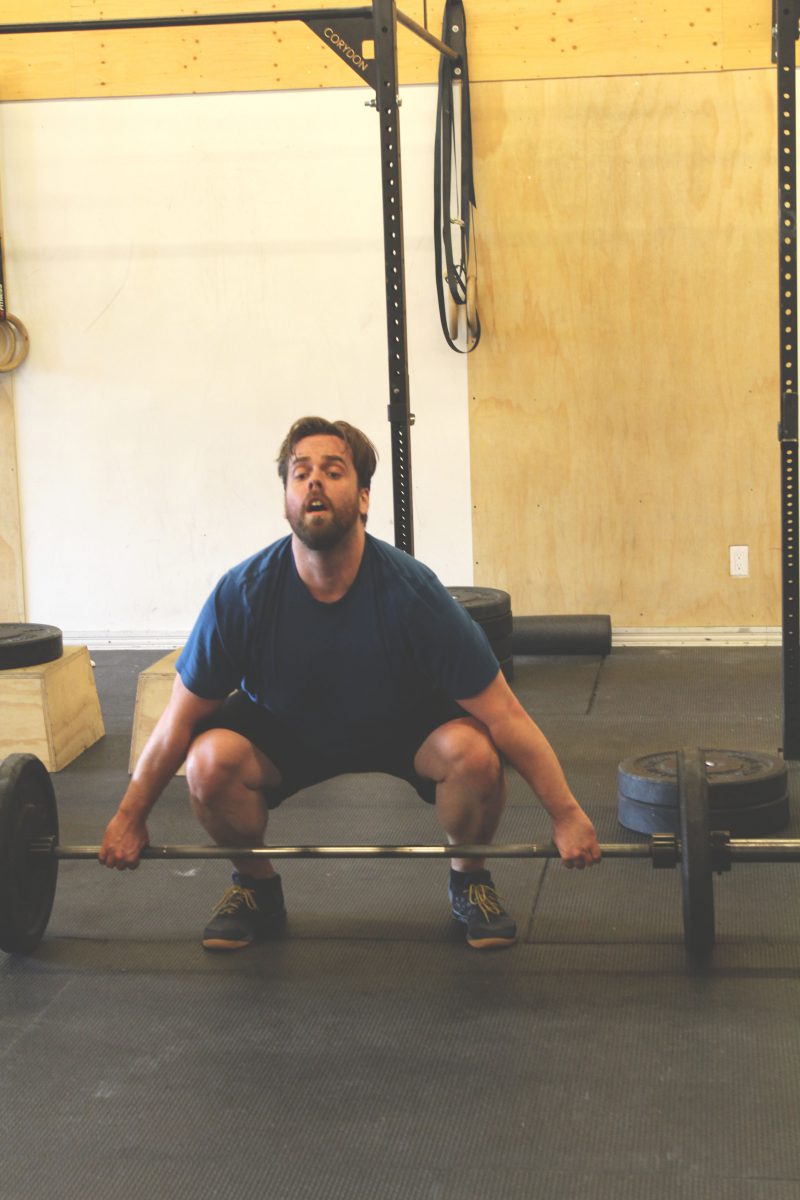 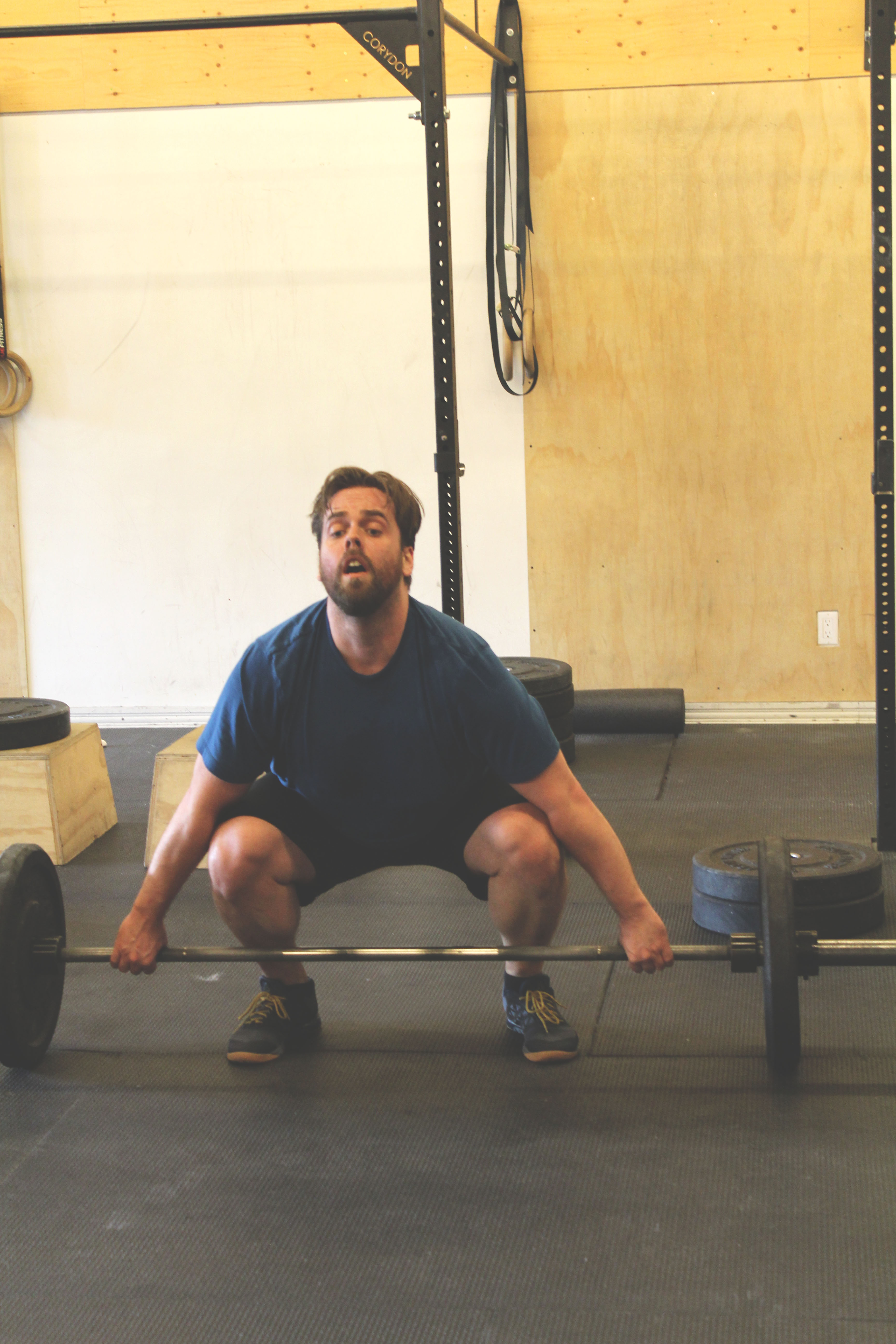 Jason started with us back in August of 2016, dropping in a couple times a week to an effort to improve his general level of fitness and have some fun while doing it. Since then his energy, effort and enthusiasm day in and day out has cemented him in the CFC community. This extends from regular classes, to barbell club and outside the gym with our growing community. He is creator of the CFC staff and a beast when it come to barbell work, consistent effort and weightlifting/power-lifting progress and PRs.

Not only has his performance and attention to detail been exceptional but the lifestyle changes and success story he’s had physically is incredible. We, as coaches, feel he’s only scratching the surface. You’ll be hard presses to find a happier, more positive and frankly more randomly social person that Jason.

Keep up the awesome work and congrats Jason!

I started CrossFit in 2011 at CrossFit Winnipeg, and I have been doing CrossFit on and off ever since. At the time it was the next progression in my ongoing weight loss journey. I had lost ~80 lbs over 3 years by walking, bicycling, and calorie counting, but I wanted to get strong and didn’t know how. I had never heard of Crossfit, but from what I could tell it was a group weightlifting class, and it was a few blocks from home, so I signed up for a free class. I was super nervous going into the free class, my mind was full of memories of being mocked in high school gym for not being able to do a pull up or run 400 m, but when I met Tania and the coach staff at CFW I was relieved. The coaches were wonderful and supportive, they scaled the workout to my abilities (I still hurt for a week after), and Tania threw on a weight vest and did the workout with us. I signed up for OnRamp immediately, and Tania sat down with me to explain why calorie counting and microwave dinners was bad, and how if I was committed to losing weight I needed to switch to Paleo. I went to CFW for a little over a year, then CrossFit Undefeated, and then spent some time doing powerlifting at McDoles. But the support and motivation of the CrossFit community pulled me back, and still pushes me to add 5 more pounds to the bar. The great coaches and community at CFC (my current home) definitely helps as well!

I’m a bit of a hobby hoarder so this list might get out of control. The list should probably start with cycling. In 2009 I bought a used bike from the Bike Dump and started commuting by bike. I found it very satisfying to commute under my own power on a machine that I can understand and fix on my own, and it eventually lead me to commute all year by bicycle, and volunteer at the South Osborne Bike Hub. As I started to accumulate kilometers, and bikes, I started to do some bike touring, and in the summer of 2012 I rode my bike from Winnipeg to Sault St. Marie, a ride of 1600 km in 19 days, camping most nights in my hammock, it was an amazing experience. I also enjoy making things, anything really, sewing quilts and bags, paper mache helmets, leather masks, costume stuff, festival signs and totems like the CFC totem. I also have a passion for electronic music, and staying up past bed time, so you’re also likely to find me wobbling in front of a speaker stack.

CFC is an amazing community that keeps me pushing for the Gold Star Days.

CFC has a knowledgeable group of coaches, and reasonable class sizes. I always leave knowing a bit more than when I arrived. 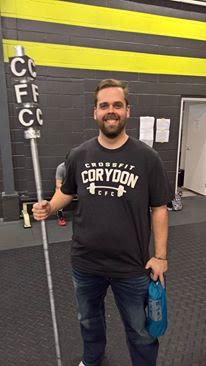 I love the Olympic lifts. When it all comes together and you rip that 1 RM bar off the ground, it’s like nothing else.

I hate any hanging bar work, like pull ups.

Adam Savage, he’s made an awesome career out of making stuff, his inquisitive and obsessive nature resonates with me. 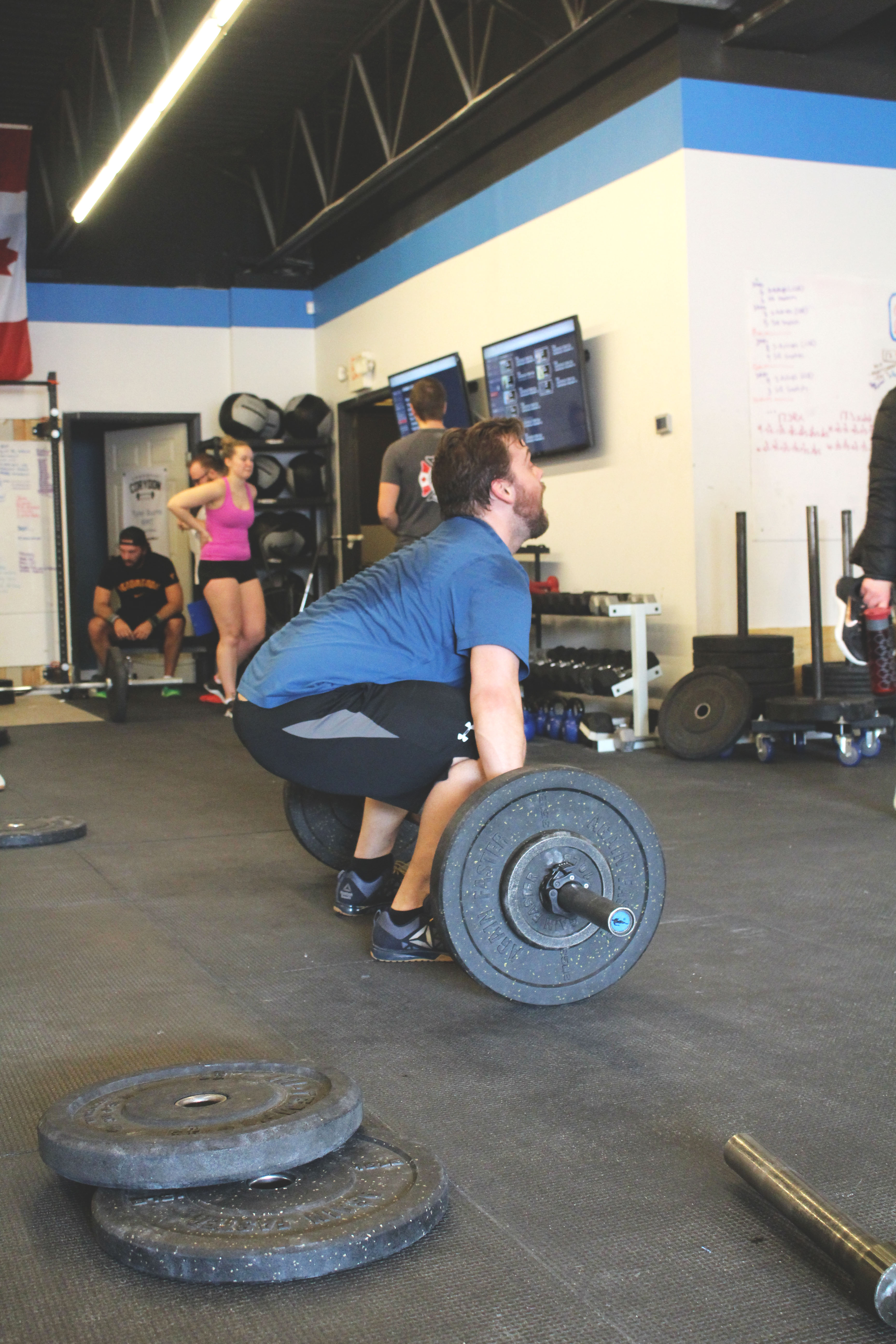 The coaching team at CFC is well rounded group with a wide scope of experience.

Shane is great at coaching Olympic lifts; he always has great queues to refine my technique.

Taylor always has insight to make sure you’re getting the most out of mobility and stretching work.

Jason’s analysis of WODs helps me identify the impact of poor movement in workouts, and helps me set a good pace.

Tidy up my diet, and get back to a weight & fitness where pull ups are possible.

I am just a slightly fancy monkey.

Jason bring such a positive energy into the gym every time he comes. He is continually challenging himself in both metcons and lifting. The good vibes he gives to others when they crush a lift or a metcon is Fantastic. Even when he knocks his own tooth out he continues to crush the class before seeking repairs. His form is spot on and getting better with every month that passes. One of the highlights for me was frostfit and looking up to see him with a CFC banner. That was pretty cool to see such support from our own community. That support he brings to each and every class, Cheering on others and encouraging others to try again, if it was a close fail. He is able to bring intensity and fun to each and every class. It is always a pleasure to have him in class and look forward to see how far he grows as a crossfit athlete. – Coach Jason

Not a day goes by that when I ask ‘what’s everyone up to tonight, this weekend,etc. that Jason doesn’t have something odd and incredible going on. Whether it be a theme party, concert or artsy gathering, I am perpetually jealous of all the eclectic events and outing he’s engaged in. From day one you could tell that Jason was three things. One, absolutely awesome in terms of his personality, ingenuity and general silliness; if you’re not instantly best buds with Jason, you need to check yourself. Two, that he is here, working out, with a purpose. The intensity level and focus on a squat, lift, press or workout is spot on and he is actively engaged in all that he does from warm-up to cool-down. Three, there is some serious power that need be unlocked. I see a guy like Jason come in, with his the leg strength and mobility almost salivate with the potential. Great guy, never misses or skips the accessory work and loves the barbell; some of the many reasons he’s a favorite to be around. – Coach Taylor

Jason is the man, good vibes only when he is around! Not only is he an awesome guy but he has been working incredibly hard. It has been Inspiring to see him make some life changes with his diet and to see the amazing results he has been having because of that! He is moving faster, lifting heavier and there has been many PR’s to show for that! I always look forward to having him in my classes, he is easy to talk to. Very well deserved athlete of the month! I look forward to all the gold stars to come! – Coach Jenna

Congrats on Athlete of the month Jason you earned it. Jason’s come a long way since we first met. Not only in weight loss, but for both Jason and I – it was a very exploratory adventure at first. I wasn’t exactly sure what Jason’s goals were, he had just lost a ton of weight, and now he wanted to join CrossFit. Once we turned him onto Olympic lifting though, he turned into an absolute animal. Jason rarely misses a barbell class, and people who rarely end up missing a barbell class end up being my favorite kind of people. Pairing Jason’s great mobility with his ability to execute on coaches cues has turned him into one hell of a weightlifter. I’m excited to see what’s to come from Jason as he continue his journey with CrossFit, and the barbell. ! – Coach Shane

Jason is one of our members who always rocks a smile. It’s been inspirational to see him ride his bike to the gym (no matter the weather) and to work as hard as he possibly can every class. This year’s CrossFit Open was so great for Jason, he really pushed himself to get as deep into each week’s workout as possible. Jason always has a great attitude and is quick to jump in on conversations about skills and movements. His passion in contagious. – Coach Michelle