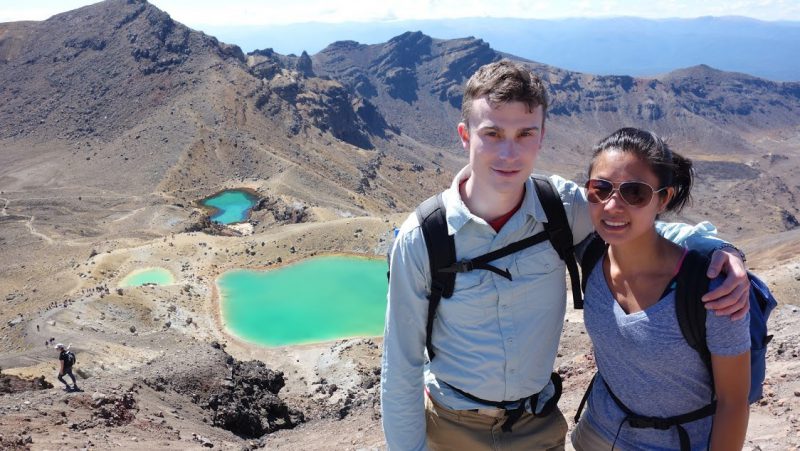 Matt started with CrossFit Corydon (CFC) summer 2016 shortly after relocating to Winnipeg. After dropping in sporadically around his work schedule he quickly became a consistent white-board contributor and has since  made some exceptional gains in his gymnastic skills, strength work and conditioning. Don’t let his calm demeanor fool you, he puts the work in and pushes himself to his limits in workouts on a regular basis.

Matt’s consistency, positive attitude and level of focused intensity has paid off in his performance and in amalgamating into the CFC community. Not a class goes by where Matt isn’t having a conversation with someone near by, be it a new or existing member, and working or suffering along side them. We are proud to see have him as part of our budding community and really look forward to seeing how he does in this year’s CrossFit Open and through our next phases of training and progression.

Keep up the awesome work and congrats Matt! 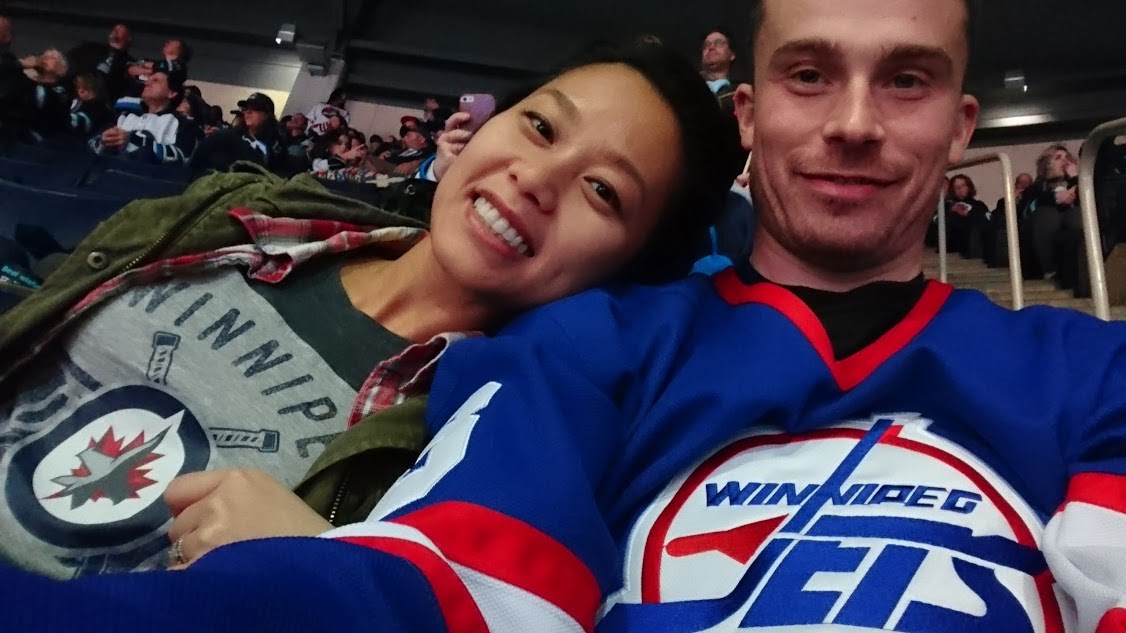 I first heard about CrossFit about five years ago from my sister, who had joined a box and was raving about how great it was. Of course I dismissed it as a silly cult, more to annoy her than for any other reason. CrossFit didn’t really come back onto my radar until a little more than a year ago. A friend who had recently joined a CrossFit box was telling me how much he enjoyed it and how he had quickly got into great shape. I was looking for a change from my inconsistent routine of hitting the condo gym every time I could muster up the motivation, so I found a CrossFit gym that I could check out one night after work. That first trial session, and the classes I attended at that gym and since joining CrossFit Corydon in the summer, have been extremely humbling. But I now understand why people get addicted to CrossFit. Every class is an opportunity to learn something new and try to improve upon your last effort. It’s also a fantastic way to clear your mind from whatever work or might be stressing you out.

A lot of our disposable income goes towards travel. We’ve been on some pretty awesome trips in the last few years like Australia/New Zealand, California, Costa Rica, and Atlantic Canada. In March we’re headed to Hawaii! I’ve learned to enjoy cooking, mostly because it gives me time to catch up on the various podcasts I listen to. When time permits (early weekend mornings before Vanessa gets out of bed) I sneak in some X Box. My other hobbies include skiing, reading camping, hiking, and stock market investing.

An awesome community of like-minded individuals working together towards their individual goals.

I think the opportunity to constantly learn new skills has been the best part for me. The knowledge and experience of the coaches makes learning complicated lifts and movements much easier and safer than trying to figure it out on your own. 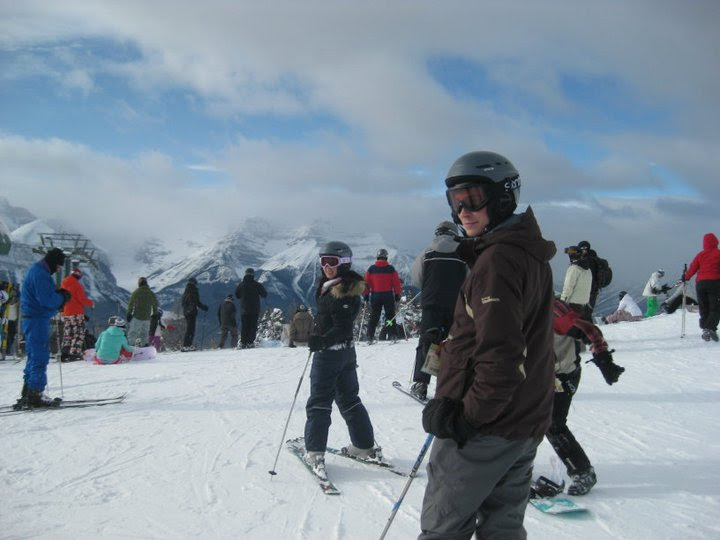 Back squats have become a favorite movement lately because, due to the sheer amount of back squats, front squats, thrusters, wallballs, ball slams etc. that we’re doing constantly, I’ve been able to progress fairly quickly.

Least favorite has to be overhead squats because it still feels like I’m going to break my wrists, fall over, and drop the barbell on my head on every rep. Snatches are a very close second for the same reasons.

Unfortunately my musical tastes haven’t really progressed since I was in my late teens so I won’t disclose them due to the risk of being incredibly uncool. However, when I’m at home cleaning or doing work I like to put on some EDM as I think the beat increases my normal snail’s pace. I look up to people who use their fame/fortune to create positive change. I think people like Bill and Melinda Gates, Warren Buffet, and Elon Musk are all very admirable.

Lately I’ve been making some good progress with my kipping pullups. I’ve been trying hard to get these as I feel like they’re essential if I ever want to be a real Crossfitter. I’ve received a lot of helpful instruction and tips from all the coaches on this.

Taylor – Taylor is obviously very knowledgeable about CrossFit and it shows when he is coaching. He is great at concisely explaining the workouts and demonstrating proper technique and cues to focus on. I now know that I have to do at least one interesting thing each weekend because come Monday he’s always going to ask.

Shane – Shane has great cues that help me incrementally improve each time he coaches. It’s great to be able to learn from someone who has so much knowledge about CrossFit and olympic lifting. And when I see him casually doing 2X+ more weight than me, it’s a great reminder that I can probably push myself further.

Jenna – Jenna can tell when I’m slacking/making excuses and always calls me on it. She provides that extra bit of motivation I need to try to get to the next level. She has a keen eye for technique and is always there with a simple tip to improve a movement.

Michelle – Michelle is a great athlete and is able to communicate her skill and experience through her coaching. She always takes the time to show me new movements and has really helped me with my kipping and pull-up progression. Her best attribute as a coach is definitely her enthusiastic attitude.

Jason – Jason has tonnes of weightlifting and Crossfit experience so I learn so much every time he coaches. His constant joking keeps the classes light and fun and he has great tips to help get through a metcon without dying.

Matt – Matt is always coming up with different accessory work to keep the workouts interesting. He also has the ability to take a routine movement and make a small tweak that makes it infinitely more difficult. Although he makes me suffer, I know I’m better for it. 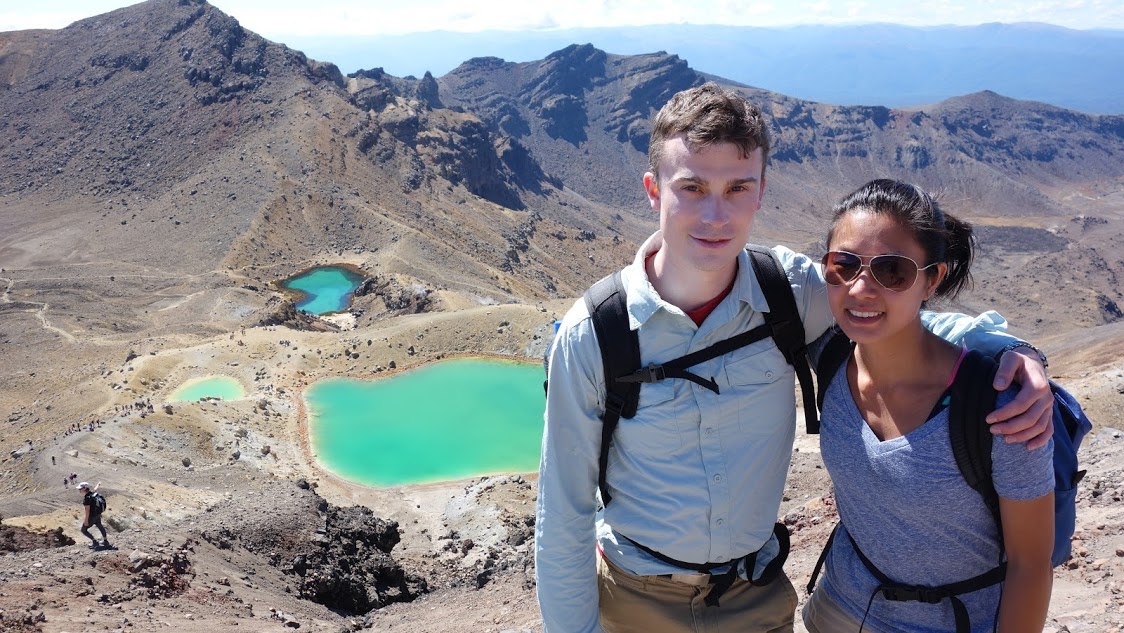 My goal is to continually progress towards being able to do the metcons at RX. When I first started at CFC, this seemed like a far-away goal, but based on my progress since then I know it will come much sooner than later.

I’m really good with cats. They just love me for some reason.

Matt is one of those athletes that quietly goes about his business and is always improving. He’s position on lifts is fantastic, i usually use him to demo movements cause he is able to stop mid range and still be in great form. Matt seems to have the energy to work all day and still come in and crush the metcon. He has a positive attitude and takes coaching cues very well. He is actually one of the athletes that inspires me to keep working hard, cause he never stops and has just the best ” get it done” drive. On top of all that he always has a smile and a high 5 for me post wod. He continues to grow and impress me every week. Keep up all the hard work and continue to destroy metcons. Also have a great vacation and enjoy the beautiful surroundings. – Coach Jason

My first day with Matt had some barbell work and strict pull-ups in it and I remember thinking,”Ok, we’ve got some coordination and mobility to work on but #1 he’s got a strict pull-up, so there’s some strength there we can tap into;  #2 this guy’s trying as hard as he can to grip that bar and push through the met-con, so he’s my kind of member; and #3 he’s already cracking little jokes, so perfect, I want to be around him.” Once we transferred some of that intensity and tenseness to activation and tension his pull-up work and comfort level and positioning with the barbell skyrocketed into noticeable changes in movement and volume capacity. Aside from performance, Matt’s incredible to have in a class, as he works hard and with intent and that energy spills over into the rest of the class. He’s polite, well-spoken and always some interesting stuff going on outside of the gym. See you on the pull-up bar! – Coach Taylor

Matt has been such a great addition to the community! He is pretty quiet but don’t let that fool you. He is always the most attentive person in class, listens to every word you have to say and implements it. His lifts get better, stronger and smoother every day. I have really enjoyed getting to know Matt and look forward to being along side him throughout the rest of his journey! Well deserved athlete of the month! – Coach Jenna

Matt’s a great new addition to the box along with his wife Vanessa. Matt for me is a top pick this month for athlete of the month due to his ability to pick up and execute cues coaches give him almost immediately. Matt’s hungry for technique, he wants to move exceptionally well and he brings no ego when he walks into the box. He works hard, and strives to better himself everyday he enters the box. Good job Matt! – Coach Shane

From his first day, I could see the excitement in Matt’s eyes about CrossFit. He’s a man of few words, but I can tell he has a commitment to fitness, but also a commitment to understanding fitness. He asks insightful questions and always stays late to work on skills we don’t always touch on in class. I am hovering over Matt’s journey towards pull-ups. He is the guinea pig for all the new gymnastics progressions Taylor and I recently learned. – Coach Michelle