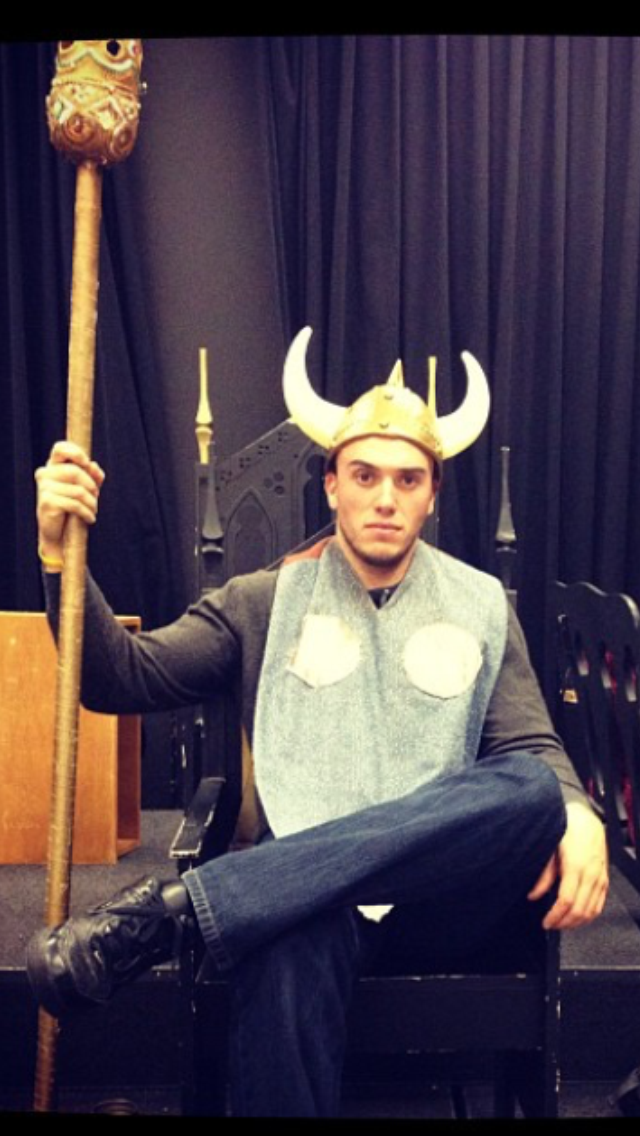 Brett started dropping into CFC just over 6 months ago for the occasional workout/strength session and from day 1 his long hair, positivism and lightheartedness about all-things life quickly became his signature; not to mention is raw strength/power from a history of various sports and athletics.

Over the last few months Brett’s attention to detail on this mechanics, mobility work and general mentality in approaching workouts in a more calculated manner has led to some incredible improvements in his movement, strength and overall performance. Brett is proof that focus and hard work pays off.

We are proud of this progress thus far and to have him as a part of the regular CFC crew. Congrats Brett!

I wandered into CFC in January for a trial workout, and knew immediately that it was something I wanted to pursue. What got me into Crossfit was the structure, novelty, and intensity of the workout; what hat keeps me coming back are the great people at CFC (and the heavy dose of endorphins I experience after a “spicy” wod).

I love spending time outdoors as well as things like coaching and playing sports, cycling, cooking, reading, checking out art galleries and theatres, and of course spending time with friends and family.

It’s the atmosphere, the coaches and the clients are all so friendly and genuine, there’s a very good energy at CFC. I also enjoy just being able to show up and not worry about having to plan a workout or a warmup, it’s all thoughtfully programmed and provided for me.

Well, there’s lots I could complain about here, but the movements I hated most when I started Crossfit are beginning to grow on me now. I’d have to say that simple backsquats and HSPUs are two exercises that expose some of my technique and mobility issues, but they’re getting better!. Beyond that, any form of burpee… **** YOU BURPEES!!!

Wolverine of the X-men would be a favourite because he’s Canadian, “bub” is part of his regular vernacular, his healing factor (where can I get some?) and his overall badass superhero persona.

Mainly I’m just proud of myself for showing up on the days I felt like I had an excuse not to.

I can’t say enough about the coaches. Shane and Taylor are the owners of CFC and the guys who I see the most. Both are great people who are super friendly and passionate about their craft, and they possess a keen coach’s eye. They know when and how to give feedback, and they never let me cut corners or slack in my technique.

Jason and Matt are my Bison Football brethren, they’re fantastic coaches and great personalities. Jason has the energy and enthusiasm of Richard Simmons and the brute strength of a silver-back gorilla. Matt is an evil genius of fitness; I’d even say he’s a sadist for the way he doles out fitness challenges.

I haven’t had the opportunity to be coached by Michelle or Jenna very much yet, but I know them both and am frequently in awe of their athletic ability; no doubt these ladies are assets to CFC. 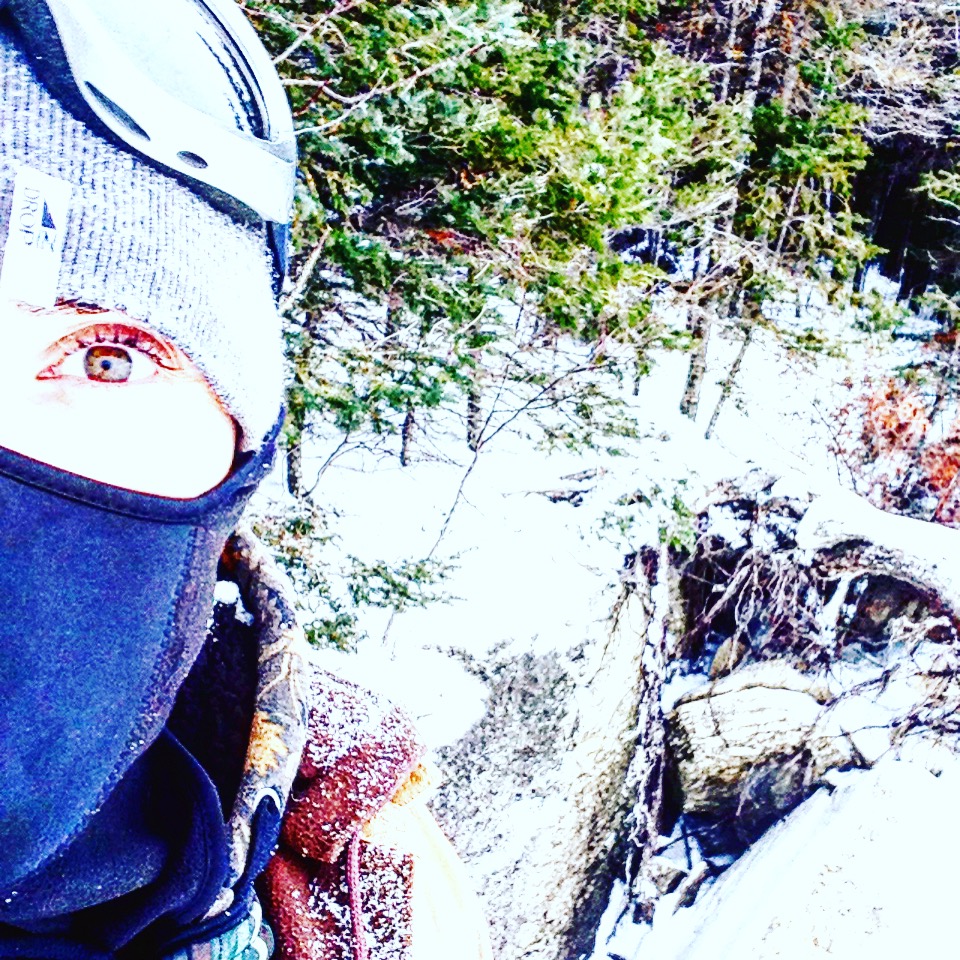 I have many, but my primary goal is to remain patient and be consistent in my training at CFC. I want to become proficient in all of the lifts and movements, and in order to accomplish that I need to better my mobility and technique. If I put in the time these things will come, and then I will really be able to test my mettle when it comes to Crossfit.

I’m sure that anyone reading this will be impressed to know that I can fit my entire fist inside my mouth… what a talent! 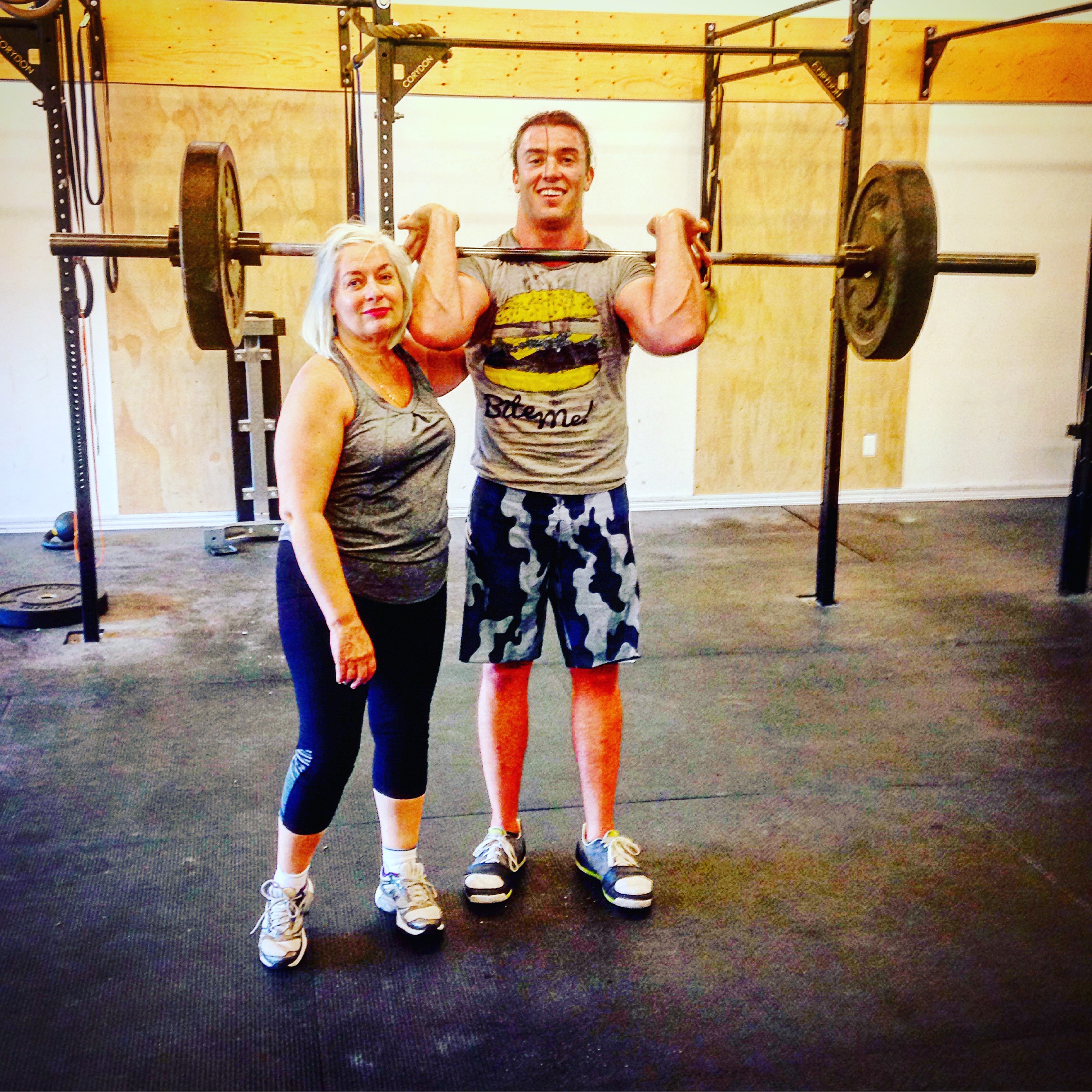 Brett brings fun and energy every time he comes in. He is always friendly and really tries to take in all the cues from the coaches. One of my favorite things about Brett is his ability to enjoy being crushed by a metcon. He puts in an awesome effort and really pushes himself and when you look at him as he catches his breath he usually has a big smile and a thumbs up. He is eager to learn and try more of the gymnastic moves. He strength is very impressive only out done by his man-bun/ponytail lol. He is putting in a lot of work on his lifts and it really shows. Looking forward to seeing where he can go and how far he can push himself. – Coach Jason

Me and Brett go way back… Well, not really but I feel like if we had met younger we’d still be great friends today. Between sharing some weekend stories, ROM-WOD tales and just a general sense with “what-evs” for life some days; we have a few things in common. Now… let it be known that Brett likes, nay LOVES, “the pain-cave”. He goes as hard as he can, every workout, regardless of the weight, movement or how he felt walking in the front door; and that is impressive! Not many of us can take our bodies to borderline muscular failure and then laugh it off almost immediately afterwards; but Brett can and does, regularly. He is a team player and every class I coach or am in with him, I hear his voice “C’mon Taylor”, “Let’s go, let’s go!”, “UUPPPPP!” and when you hear that passion and sincerity come through, one can’t help but push a little harder. Brett is never one to back down from a metcon or extra work and is becoming a smarter, more well-rounded athlete in both weightlifting and conditioning. It has been a pleasure watching his movement/mobility improve and translate into strength and performance. Great job Brett, see you on the leader board! – Coach Taylor

Brett is just a solid dude. From the moment he entered CFC, he was smiling and engaging with fellow athletes and the coaches. He loves to learn, and the progress in his skills and lifts showcase his desire to learn and his fierce effort. He is one of my favourite people to have in class, he is now a friend of mine and an integral part of our kick-a$$ community at CFC.  – Coach Matt

Brett continues to excel each week. He puts in the hours at the gym and the results are incredible! Brett is a quick learner and a pleasure to coach, I don’t think I’ve ever seen this guy not smiling! His competitive spirit makes working out along side him fun and challenging! He has been a great addition to the Cfc crew! – Coach Jenna

I probably work out with Brett more often than I coach him. Brett has a solid work ethic and an infectious smile. He shows up ready to work and have fun at the same time. I thought it was awesome the day he brought his mom in to try CrossFit. He also has great hair. – Coach Michelle
Brett’s awesome. He’s become one of my favorite people in the gym in a very short time. His dedication to training, and his will to take the extra time to do his warmups, and work on technique is amazing. Brett’s an explosive athlete and its inspiring to watch him push through any metcon we throw at him. I could go on and continue to reiterate the things we already know, however the other piece about Brett I enjoy the most is his genuine personality inside and outside the gym. I’ve gotten to know Brett over the little while that I’ve known him and he’s probably one of the most genuine guys I know. When combining great personality with the strength of an ogre, I believe those are great qualities for a athlete of the month. Good job buddy! – Shane