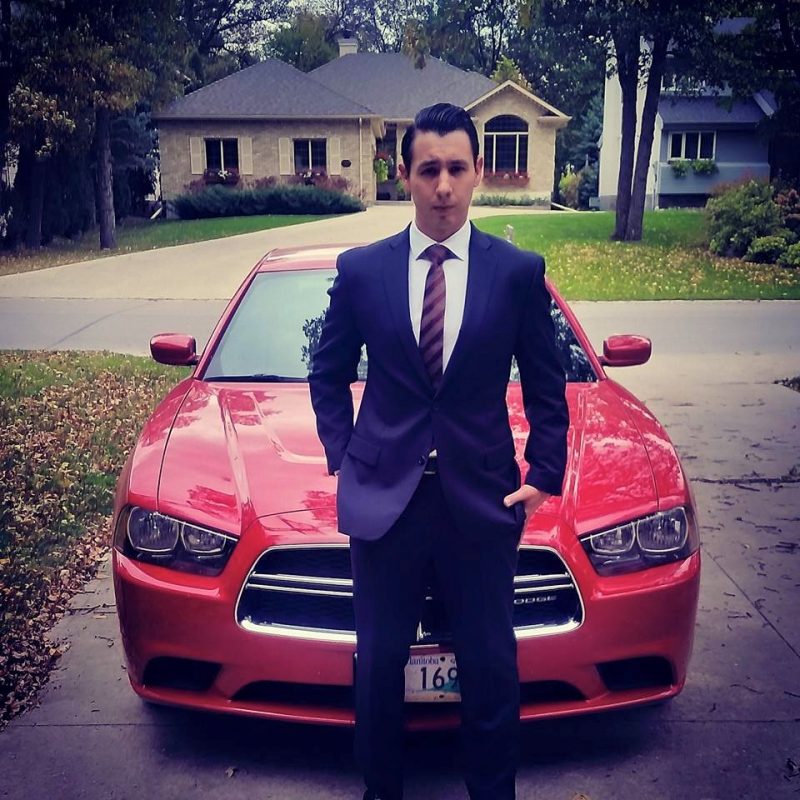 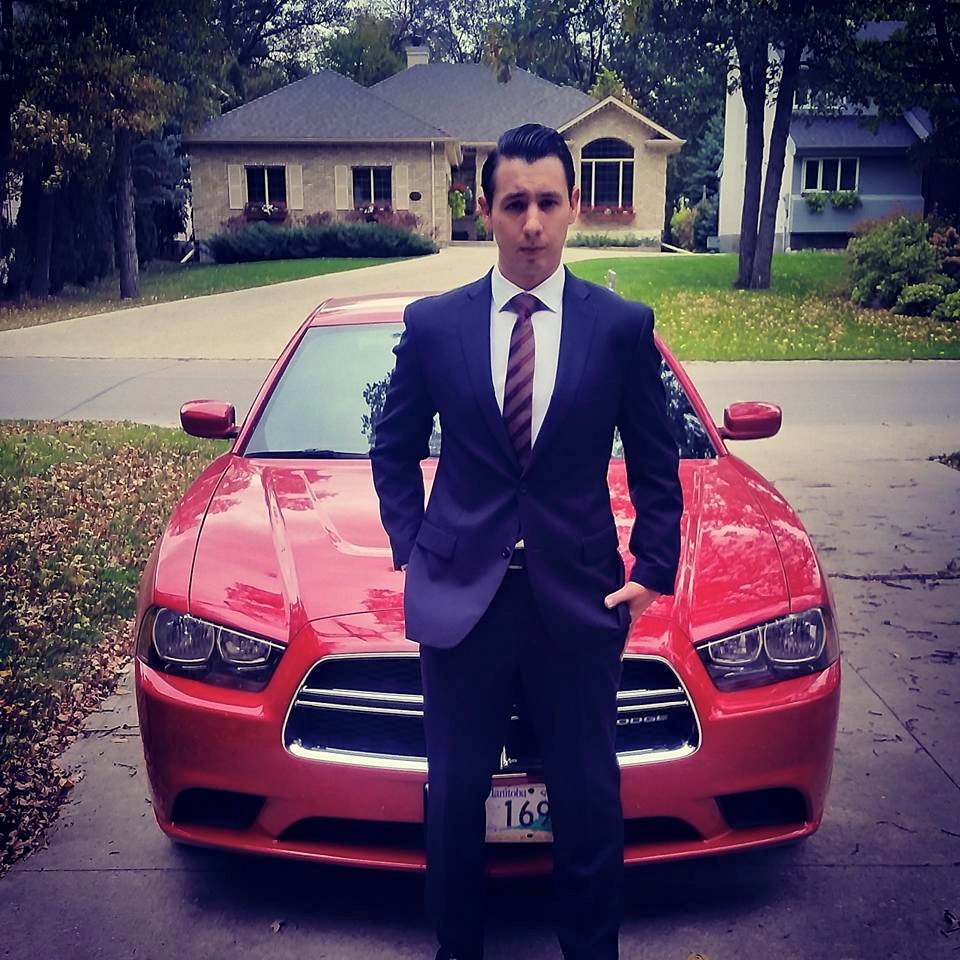 Josh is a long standing member of Crossfit Corydon and is well-known for his boisterous smile, level of metcon intensity and abundant use of chalk. All joking aside though, Josh’s commitment inside the box to our strength/conditioning and mobility programs, as well as outside the box by making some significant lifestyle changes this past year are getting some serious results. His attendance, strength numbers and performance in our RX stream workouts are consistently among the top; and this all the while juggling being in his second year of law school.

The biggest changes our coaching team have witnessed the past few months are the importance Josh has put on and benefits being received from improve mobility; as well as, frequenting open gyms to work on this weakness and build his squat (SQUATS!). Lastly, since taking a more serious approach outside of the gym to a healthier lifestyle about a year ago, his physique and mindset have been on an entirely different level; combine that with a little more strategy preparing for workouts and the performance speaks for itself.

Keep up the awesome work and congrats Josh!

My friend started Crossfit and to be honest at the time I had no idea what it was. I then jumped into a holiday WOD with a ton of burpees. At the time I was totally out of shape and was dreading the whole workout. However, after that I found myself obsessed with watching all the Crossfit Games videos. I was amazed at what people were capable of and decided it was finally time for me to get into shape. I have now been doing Crossfit for almost 2 years.

There are a few things that keep me coming back. Initially I think it was the sense of accountability I had, having coaches and fellow athletes to train with. When you go to a big box gym, generally nobody will know if you miss a workout, or a week, or a month. Having coaches that care about your fitness goals was an important thing for me.

The second thing that keeps me coming back is the challenge. There are always new movements to learn, and you can always improve at something. I love the feeling of working hard and racing the clock.

The third thing that keeps me coming back are all of the amazing people at the gym that formed a great community that I am so happy to be a part of. 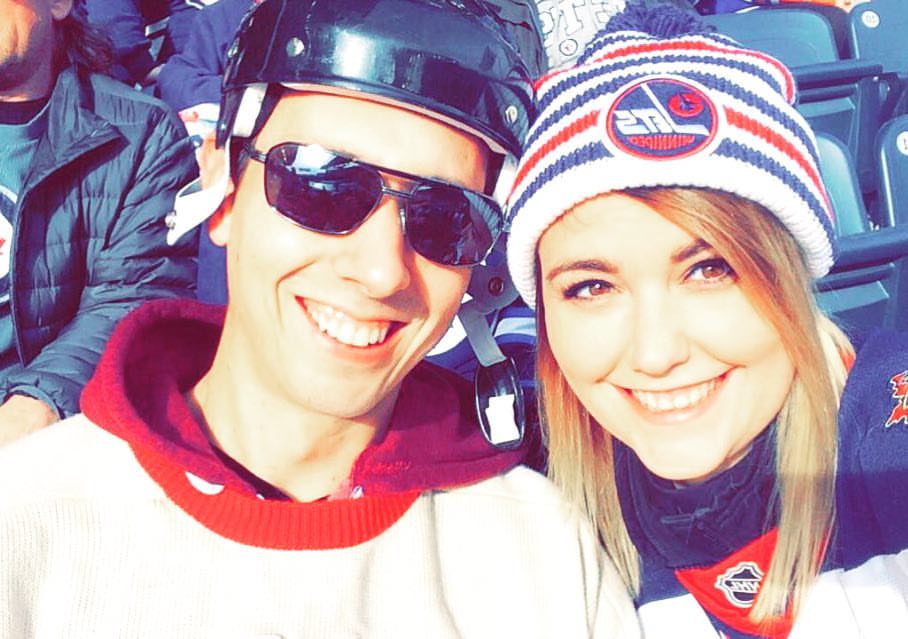 Law School. Playing Pool. Business and Entrepreneurship. Playing music. Running. Outdoors. Trying to learn anything I can to improve myself generally.

A positive atmosphere where you can better yourself every single day.

I’d have to say my favorite part of CFC is the quality chalk. I just like to bathe in it…. You know?

Just kidding. It’s the people. I’d like to take this opportunity to thank everyone at the gym for being so awesome. I would also like to extend a special thank you to my girlfriend Allyssa for dragging me out of bed occasionally and being the best workout partner I could ask for. I think that has had a huge impact on my consistency.

It’s a tough choice but I think my favorite movement to see in a workout is burpees… Once you get the hang of them you can fly pretty good.

My least favorite movement is thrusters. They rip me up every time. But I’m working on it. You can always improve.

I don’t think a lot of people would know this, but one of my favorite celebrities is Patrick Dempsey. At first it was because I wanted to be a surgeon, and he was McDreamy on Grays Anatomy. However, after that I found out he was starting to get into professional race car driving. Racing is also something I hope to get into as well one day, so I found this really interesting how he could start in his 40’s. I really respect anyone who can risk everything to chase their dreams.

I had been struggling to reach 300 pounds on my back squat. When I hit 305 it felt like a huge weight off my shoulders. I don’t know if I’ve ever been happier to be honest. 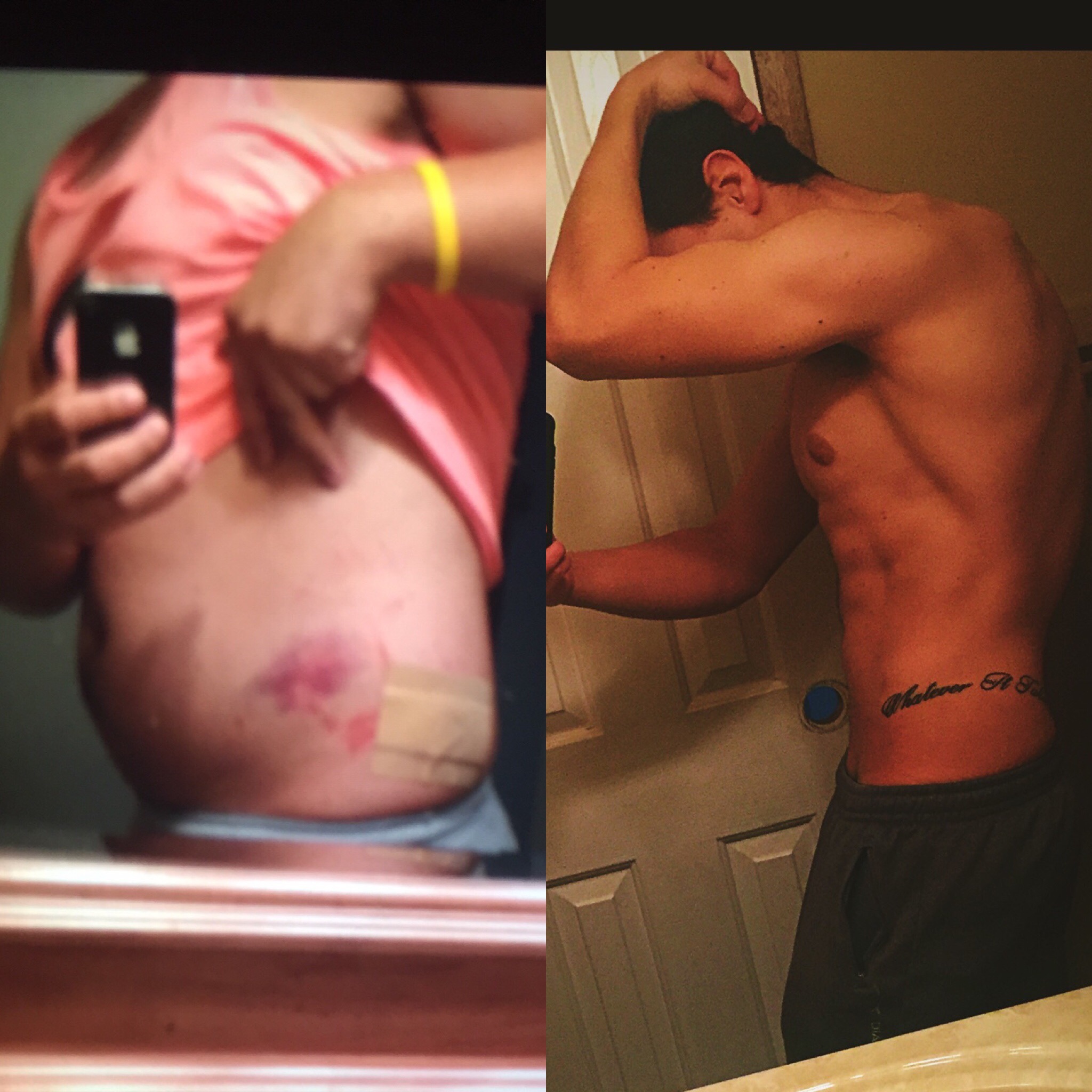 Michelle: Michelle is really good at teaching gymnastics. I really appreciate that she gets up early in the morning so I can work out.

Jenna: I honestly really like that Jenna doesn’t take too long explaining the workout. “You guys know what to do” – Perfect.

Jason: Jason is always good for a laugh and is going to be my partner this year for Frostfit. He always has some good tricks of the trade learned from his many years on this earth. In all seriousness the guy is a beast and I hope I’m as fit as him when I’m his age. Mr. Workout Strategy.

Taylor: Taylor walks the walk. I really enjoy talking the competition side of Crossfit with him, as long as just talking about training in general. It’s always good to have someone to look up to that’s where you want to be. Trying to learn from someone who’s really putting in those reps day in and day out.

Shane: Shane is living the dream. I find that he really watches my Olympic lifting technique closely and always has a valuable cue to give. He understands that you can’t fix everything at once and has a method to his madness. He’s also strong as an ox. I respect the 365 Bench.

Matt: Matt is a body of knowledge. Sometimes I feel a little bit inadequate because I didn’t play football, but oh well. In all seriousness, he is just a really good dude that knows a lot about training. I’ve always appreciated the confidence I feel he has in me, and it makes me want to get to that next level even more.

I have lots of goals.

As I write this article I am 1 day away from achieving my goal of not drinking any alcohol for a year. I feel like this has been a big reason I could be consistent with my training, and honestly it was the best year of my life.

Inside of CFC the next big goal is to hit a 350 pound back squat. Its going to take a lot of work but I think I am up to the challenge.

I also had the goal of running a half marathon in under 1:45:00. This summer I failed to achieve that goal. However, I think sometimes failing to reach your goals initially can fuel you to train harder so you don’t have to feel that way the next time around. This goal will fall in 2017. 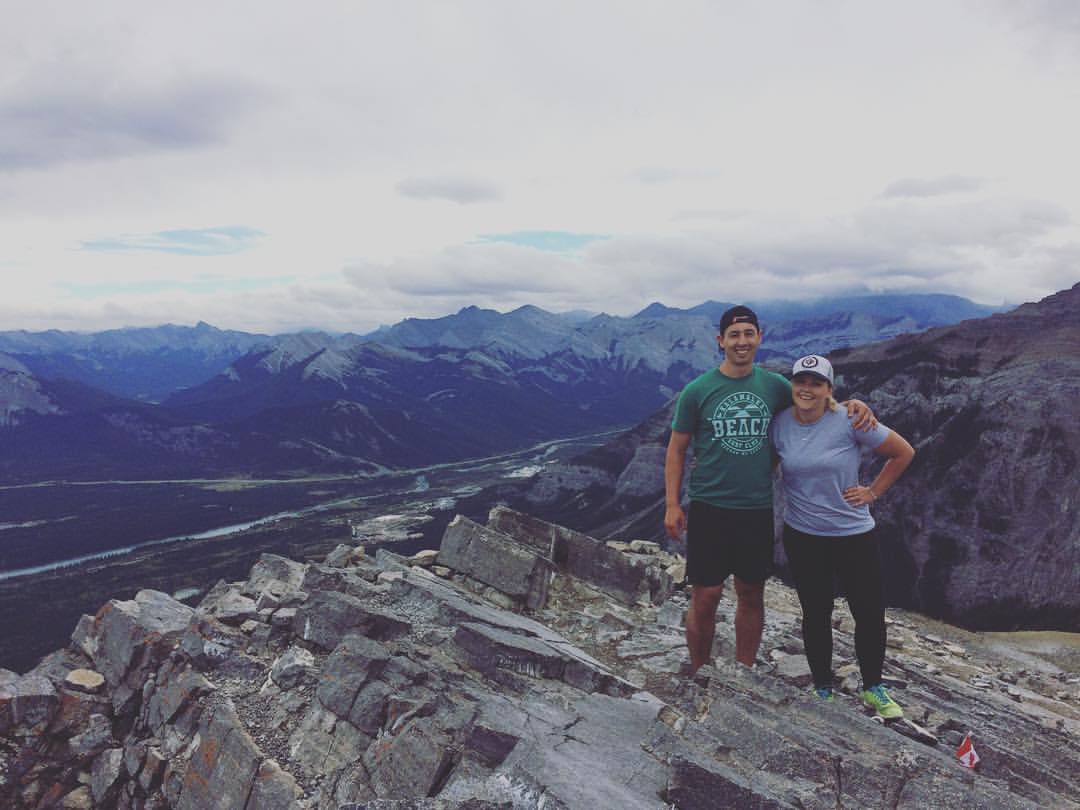 I have a softer side. I regularly write poems and actually enjoy going to the ballet. I like the finer things in life.

What can I say about Josh, he is absolutely wonderful. He pushes himself hard and listens to all the cues he is given. The best part is that he knows how to have fun. Josh also regularly attends open gym time to work specifically on his weaknesses. He has a knack of turning those weaknesses into a strength. I am continually amazed by his effort and his focus. He takes some ribbing from me but it’s just to keep his focus and to keep his drive going. He is already a strong athlete and he is getting stronger and better at his all around game. On a side note I am pretty excited to throw down with him at frost-fit. Looking forward to cheering him on as he carried the team. Good luck in the future and hurry up with your law degree. Lol – Coach Jason

The first few times I met and coached Josh, it was pretty clear that he was competitively minded; coming out like a rocket every workout the second the clock started and being laid out, pail-faced once it stopped. It was a regular occurnace to see him mid-workout, absolutely blown up. Back then our strategy talks would always be after the workouts, about what went wrong and why. Now it seems that we’re always chatting beforehand, about how to approach a workout, where we might get stuck and a plan to prepare for it; and as a coach this is such an amazing transition.

Josh’s intensity and sheer will in workouts, no matter how heavy or light they are is exceptional; there is absolutely no quit in him. His dedication to working on his skills, strengths and weaknesses coupled with his studying and lifestyle changes is inspiring. Get guy to chat and joke around with and even better to squat or hit a workout with. Hey Josh, you remember that time you had me when we went head-to-head with that DL, Burpee, Run workout 😉 – Coach Taylor

Josh has been a mainstay at CFC the last year or so, but it has really been the last 6 months I have noticed his progression. Josh has exhibited some pretty disciplined habits over the last year and it has shown. His strength numbers have gone way up, and his ability to enter the pain cave during conditioning workouts is second to none. I thoroughly enjoy having him in my classes, he never takes things too seriously, but balances that with a solid work ethic. Keep it up brother!  . – Coach Matt

I have such a blast working with Josh! He’s always cracking jokes and having fun on top of continuously pushing himself to get better!! Well deserved athlete of the month! – Coach Jenna

Josh was one of CFC’s first members and every time he shows up to class he pushes himself to be better. I have seen Josh achieve many PR’S and while happy about it, all that does is set the bar higher and he’s already setting new goals. Josh also went an entire year without alcohol, and also prepped for a marathon. Josh is one of the most disciplined people I’ve ever met. – Coach Shane

Josh is so great to have in class, even if it’s in the wee hours of the morning and he’s not that talkative. He is motivated and leads by example. I admire Josh’s commitment to leading a healthy lifestyle. It’s not every day you meet someone who orders coffee at a bar. Also, I always know which pieces of equipment Josh had his hands on because they are covered in chalk. Keep up the good work Josh! – Coach Michelle