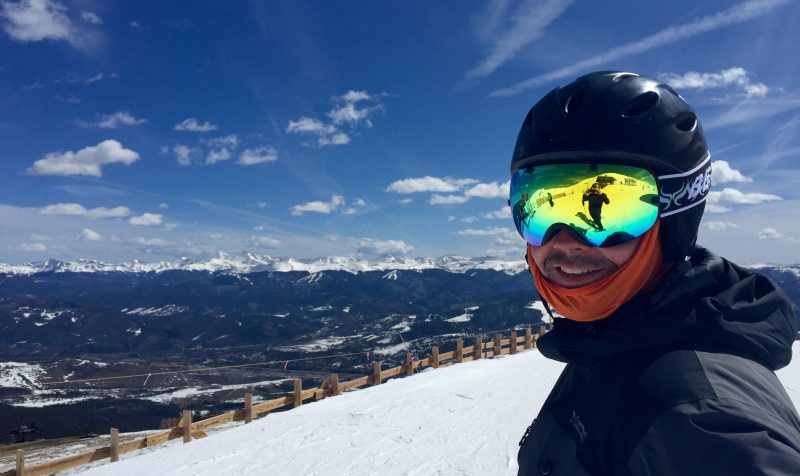 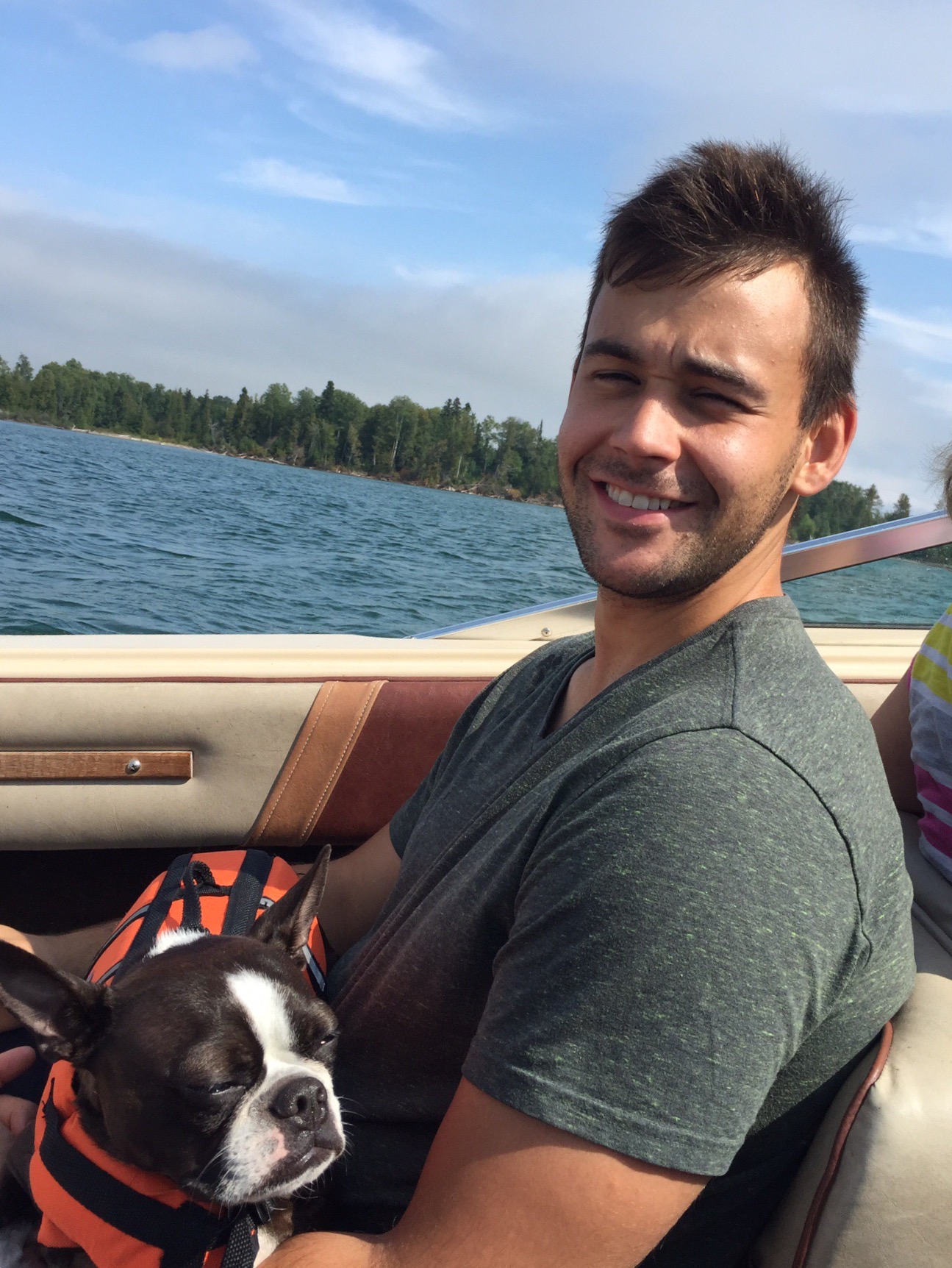 Justin joined the CFC crew about a year ago, looking to get back into CrossFit and simply improve or reestablish his level of general fitness. Since then, he has become a regular at 6AM and at open gyms and barbell on the weekends.

His dedication to strengthening his weaker points over the last few months, positive attitude and work ethic shows is both his strength progress and conditioning performance. We are proud of his progress; he is a pleasure to coach and nurture as an athlete. Congrats Justin!

It was about four years ago when I worked with a bunch of people who loved to talk about throwing bars over their heads.  It sounded cool so I thought I’d join.  The first class was intimidating—the class started with handstand walks which seemed more like an exorcist audition.  After attempting my best Regan MacNeil—which turned out to look more like a Steve-O stunt—we did an insane WOD that left me completely exhausted/thrilled/sweaty/speechless/dizzy.  I liked that feeling so I kept coming back.  The more I went the more I noticed that I felt way better about everything.  Admittedly, I did take an extended leave from CrossFit before joining CFC, but now that I am on a consistent regimen that feel good feeling and the tremendous people at the 6:00 AM class keep me coming back.

I really enjoy being outside.  Hiking, paddling and back country camping in the summer.  Downhill and cross-country skiing in the winter.  I also enjoy cooking!

CFC is a place where like-minded people work together to better themselves physically and mentally through exercise and camaraderie.

There is no pressure, only encouragement. 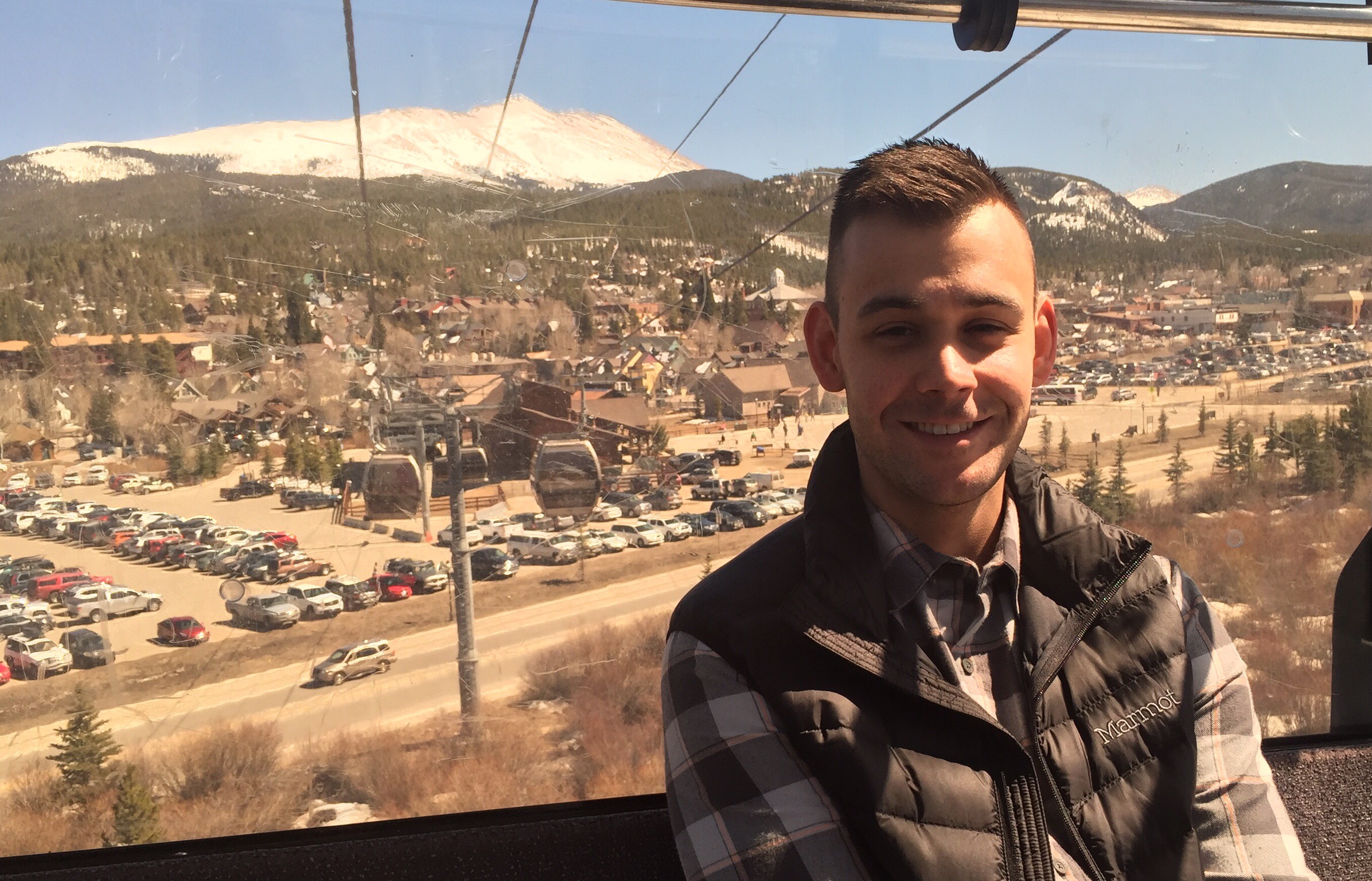 Least favorite: When the clock beeps the final seconds before that super hard WOD.

I wish I could list a bunch but I am too fickle for favorites. 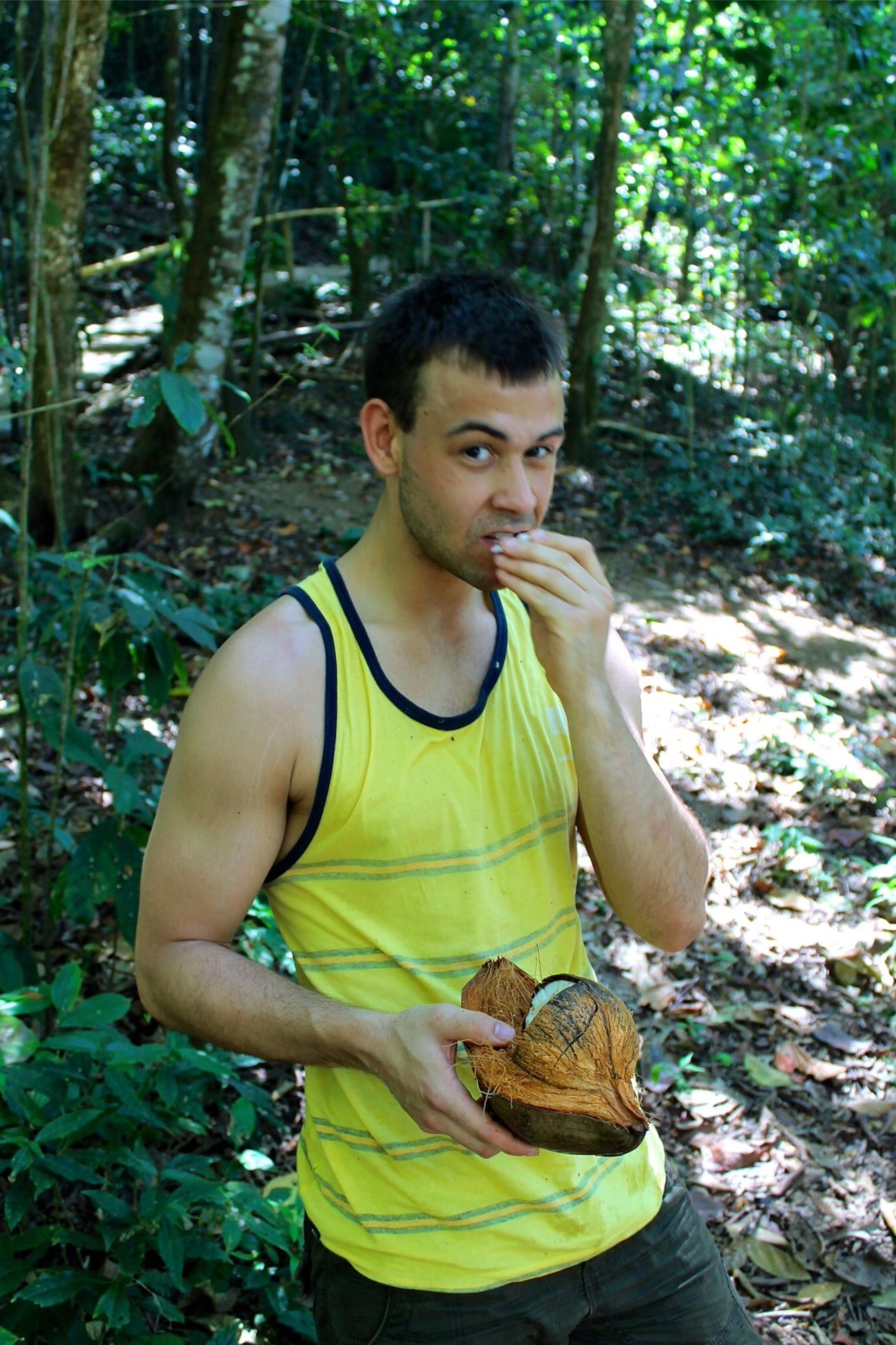 Getting good at Olympic lifting was a pretty big achievement as I was miserable at it to start.  I am also excited about my strict/push press performance lately.

I’m consistently at 6:00 AM, so I spend a lot of time with Matt.  I can’t say enough good things about him:  He is incredibly contentious, tremendously knowledgeable and passionate about his field, and way too mature for his age.

Jason is freakin’ awesome.  His energy is infectious and he is an incredible motivator.

Speaking of infections, Shane is legit the happiest person I’ve ever met and he spreads that everywhere he goes.  He was the first coach I had at CFC and made sure that I felt comfortable with everything from the administrative details ofmembership to getting to know everyone and being comfortable with the facility and movements.

Taylor is an incredible example of commitment—from his own personal fitness, to the fitness of others and the running of the business.  I still owe you (Taylor) a coffee btw.

CFC goal:  This sounds simple but I want to start doing the “advanced” workouts.  The difficulty is arriving at 5:45 AM.

Non-CFC goal:  I’ve been contemplating learning French for a while now.

I get suckered by link-bait articles at least five times a day.  Of course I want to know which of my favorite 90s celebrities are addicted to meth!  It is embarrassing to admit and so often so disappointing—we all know Macaulay Culkin was on that list. 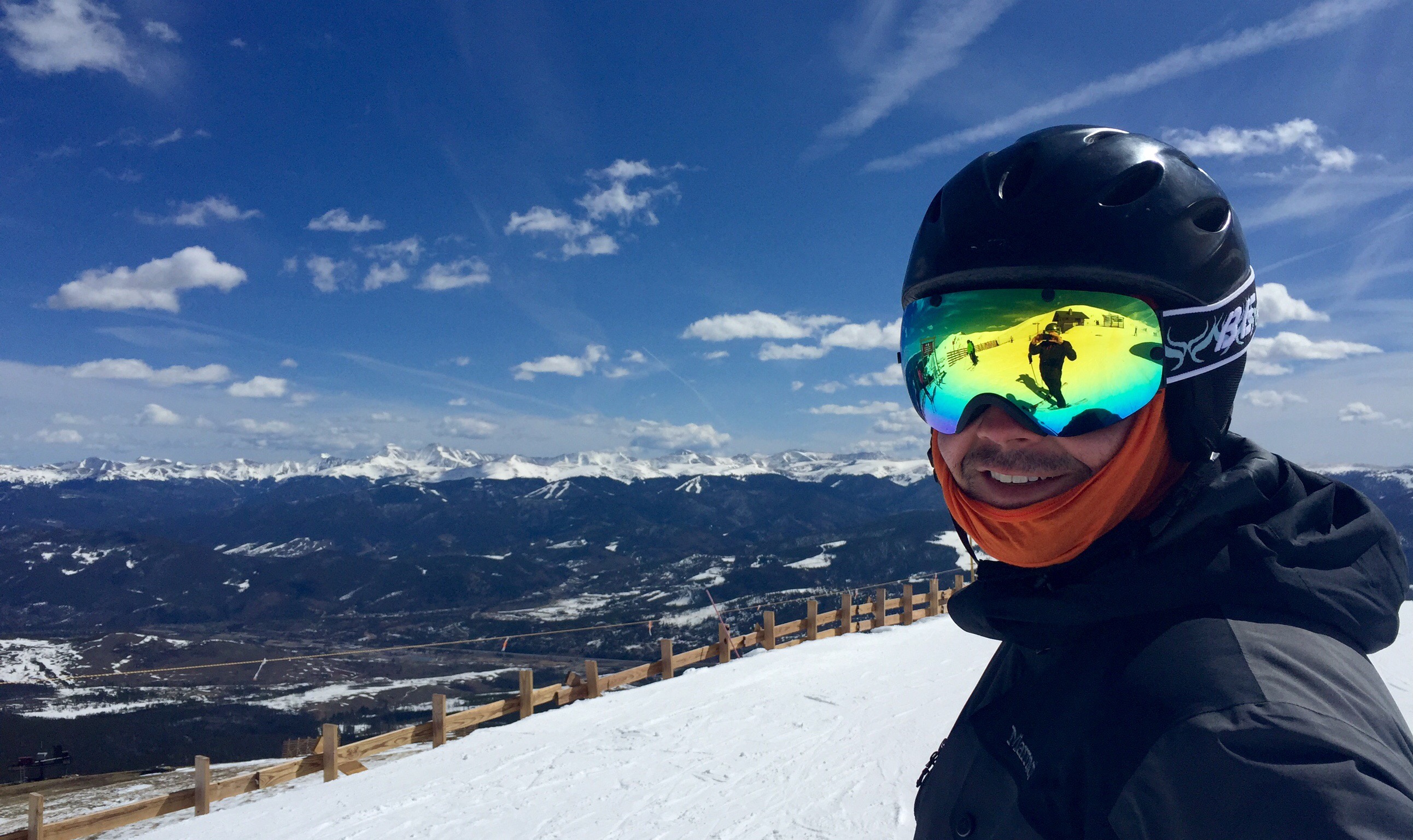 Having Justin in the gym has been a great addition. He has fantastic mobility and an even better attitude. He has developed confidence in his oly lifts and is now adding some good strength to his base. Justin has a positive attitude which leads to having fun in the gym. His effort into all of the work outs is incredible and is a great example of how to push yourself. What is so wonderful about all our athletes, including Justin, is the smile that comes after they crush any metcon. Justin has a great personality as well, he is always engaging with other athletes which just adds to such an electric atmosphere at CFC. I hope he continues to grow and share with our community. – Coach Jason

Justin is genuinely “Justin”. He is does what he knows he needs/wants to work on, even if it is in his mind the absolutely worst thing ever; and that makes him great. Regardless of the workout, he will go at it 100% and if need doesn’t meet his expectation, it seems to go on his list of things to work on in the next open gym session. Every single time we have a conversation it starts out and ends with laughter, a joke or some sort of philosophical examination of either exercise or pop culture.. And that is awesome! Although I don’t get the catch to coach him as much as other, I do troll his numbers and progress in wodify daily and I have to say that the effort he puts in not only shows in his numbers but really makes myself and the program look good! Ps. You still owe me a coffee bro. – Coach Taylor

Justin has been very consistent with his attendance at my 6am class for the last several months and is a great leader and example to have in the class on a daily basis. His results have been off the charts with huge gains in strength and work capacity. Justin finds a way to always have the moral of the class running high, his presence, positivity and the odd shot at me (which everyone loves) is key to the amazing environment WE of the 6am crew have been able to build the last little while. I am the coach lucky enough to have him attend my classes regularly and I thank him for that and his friggin’ awesome personality at 6am. To end this off, I will leave Justin with his absolute FAVOURITE “Matt-ism” as the 6am‘ers call them – “Just keep doing it, it will make you better”  – Coach Matt

Justin’s a great personality and is great to coach. He goes head first into every metcon, and rarely asks questions about adding more weight, doing the more challenging version of the metcon (Rx+) etc. I rarely coach Justin any more since he’s always in the morning classes, however when I do see him it’s a real treat. Every morning when I login to Wodify to see who has done what, I’m always impressed to see Justin’s improvements (and consistent attendance!) Good job Justin! – Coach Shane