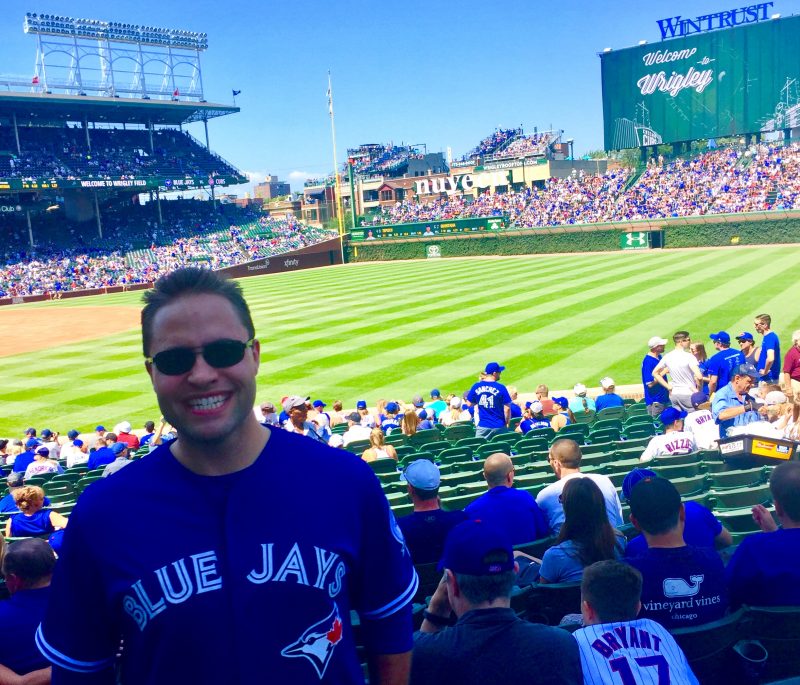 Nick joined CFC less than a year ago but has quickly become one of our most consistent, coach-able and all round progressive members since then. His positive attitude and demeanor bring energy and motivation to everyone around him, and the level of intensity and grit he brings to every rep of strength, accessory or in a conditioning section is second to none.

Nick came in with a background in rugby and some great movement and mobility mechanics, since joining his strength and ability to load in great positions has enabled a tonne or PRs, while probably regularly surprising himself of what he’s capable of. We’re so excited to highlight the effort Nick’s put in this last year and really can’t wait to see what he’ll learn and adopt next.

Congrats Nick! Keep pushing it and challenging yourself.

I have inconsistently partaken in various fitness classes over the years but I think the primary factor for Crossfit itself was to improve my general fitness with a focused approach and now that I have been doing it consistently for 7-8 months the realization that I can see tangible growth with my results and also intangible growth with regards to my general well-being has kept me coming back. I should also credit Meghan Roberts, a fellow member of CFC and star of my softball team, for bugging me to come to the workouts until I finally showed up. 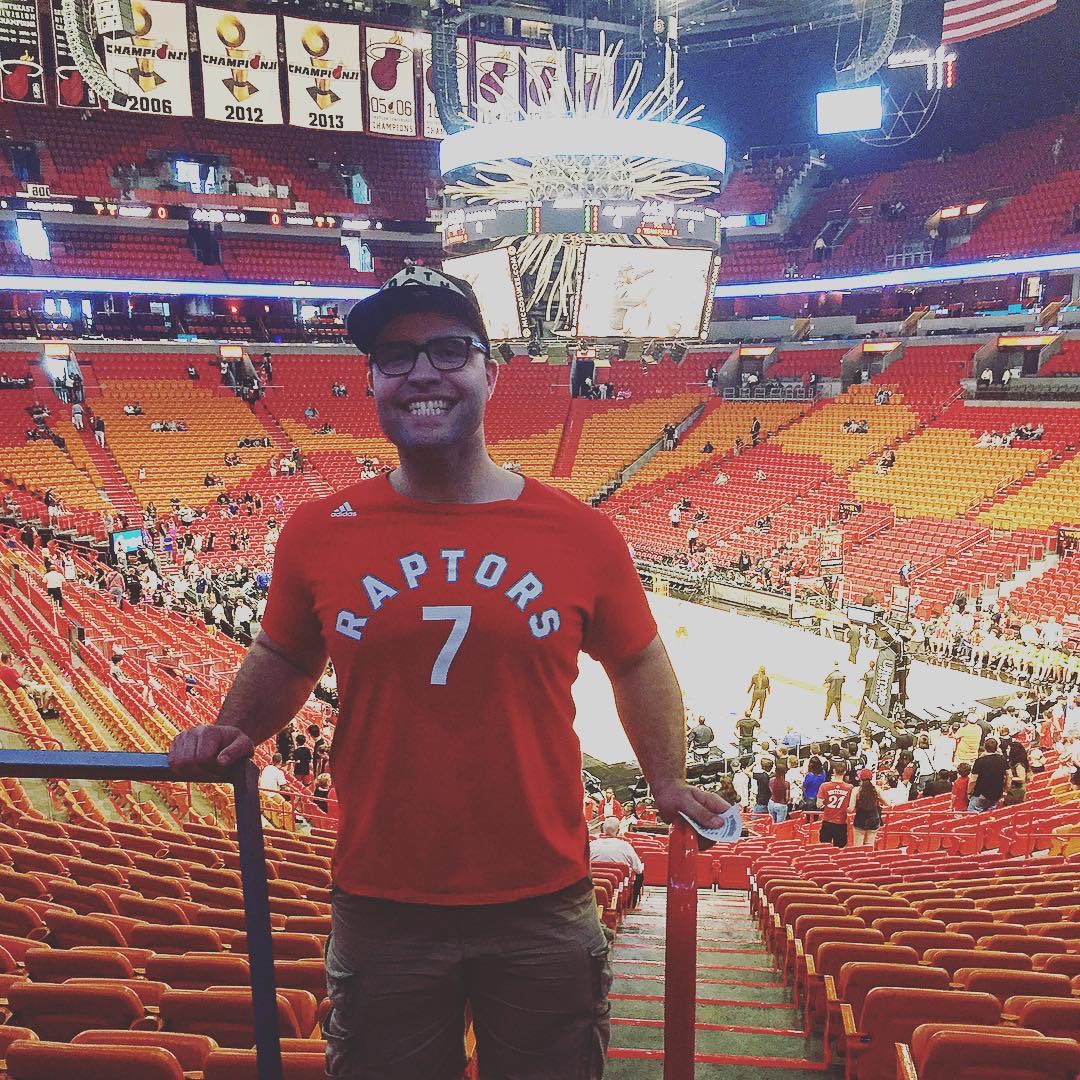 I could probably write a paragraph but to summarize: A supportive community of coaches and fellow athletes that push you to work hard and keep getting better.

My favourite part is no matter how my day went or how challenging the workout was I always leave with a sense of accomplishment. In addition, seeing continuous improvement in myself and the group environment of the workouts are both extremely motivating. Lastly I think the sense of community is important. Recently a fellow athlete had some misfortune, the way every one rallied together to show support was pretty cool. 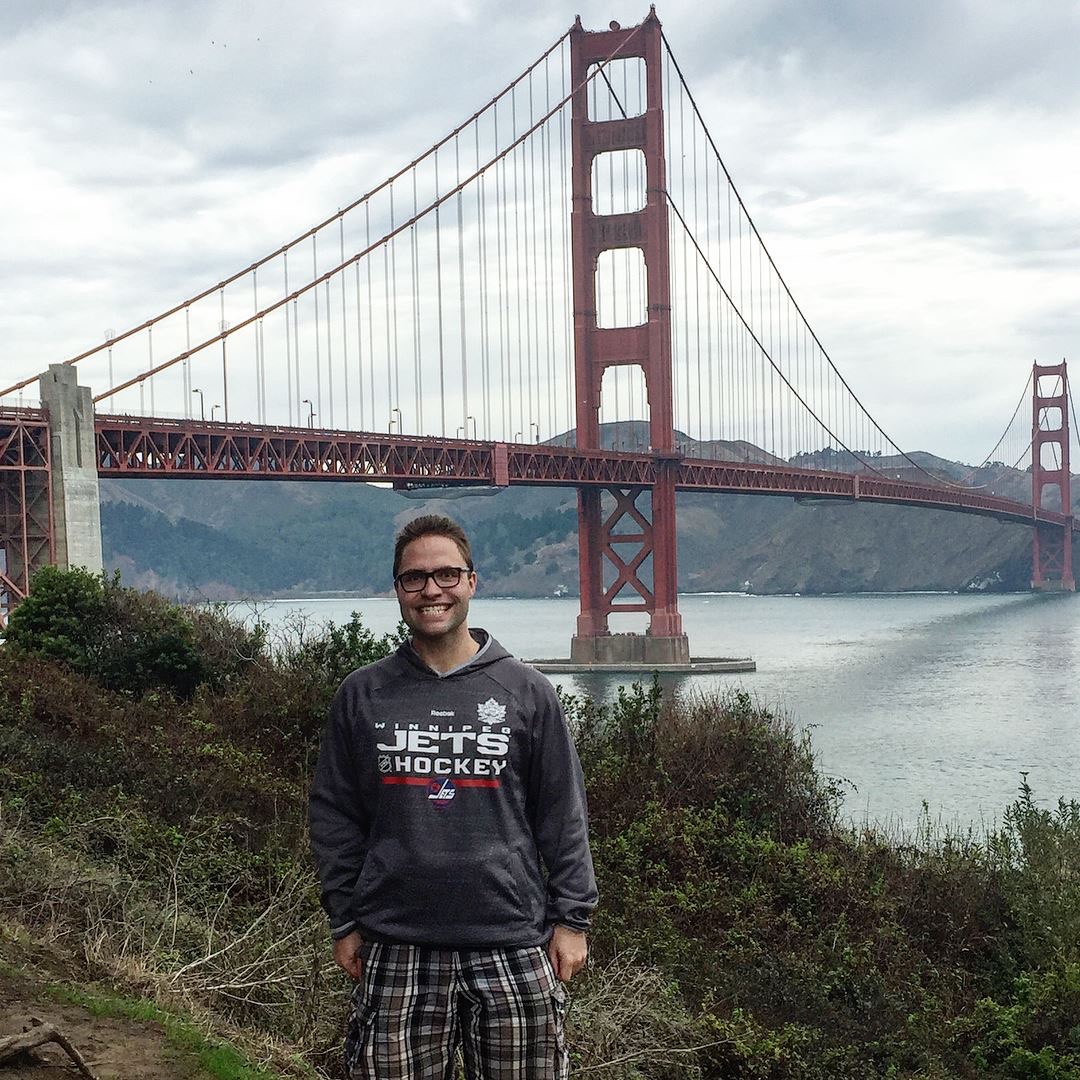 My favourite movement is the back squat because I’m made up of about 75% leg and my favourite workout is anything that contains the assault bike. My least favourite movement (although slowly moving up the list) is any type of barbell snatch and I struggle (but slowly improving) with gymnastic movements, such as pull-ups.

Favourite superhero: It probably used to be Batman since being a billionaire, loner, crime fighter was something to aspire to but since that dream has mostly been crushed now it is certainly Thor from Avenger: End Game; a motivator for all of us who enjoy the occasional beer and pizza while watching TV and playing video games.

Favourite band/musician: Although I don’t listen to them often when working out, it would be The Tragically Hip…realistic and sobering takes on Canada and Gord Downie on the Man Machine Poem Tour was inspiring.

Celebrity-with the Raptors playing in the NBA finals as I type this it would be Kawhi Leonard right now.

So far it would have to be setting a real solid mark on my 1 rep back squat. Put me close to some athletes who are quite exceptional. Generally speaking I think maintaining a consistent attendance of 3-4 classes a week for an extended period of time has been an accomplishment as well. Has definitely paid off. 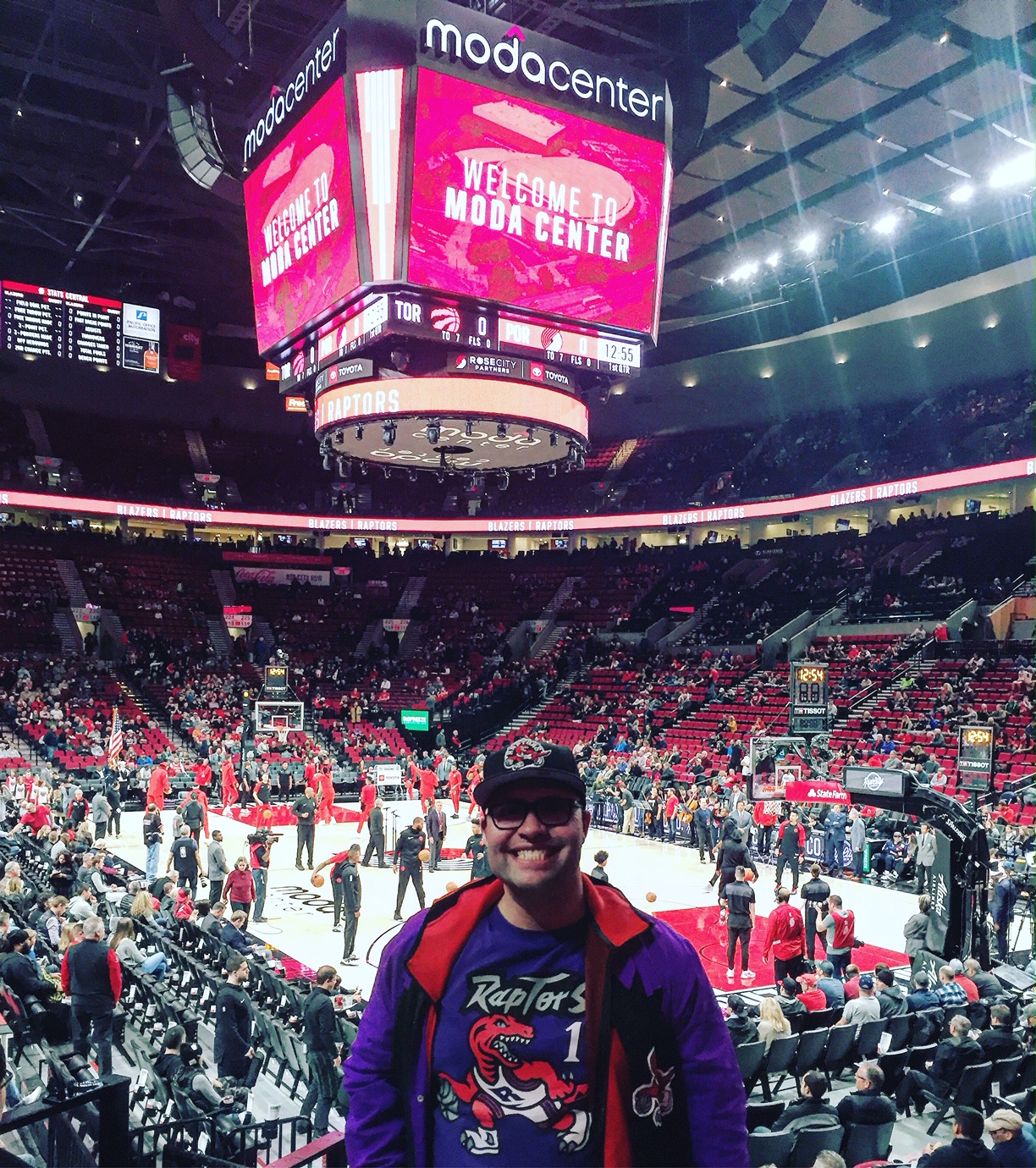 Jason: The anecdotes vary from either cringeworthy to world class with little middle ground. His energy throughout the classes are contagious and I think that helped push me to some excellent results. I still can’t tell if the threats of an extra 400 burpees for missing something is serious so I haven’t tempted fate.

Lindsey: Excellent demonstrator of the movements and you can tell she has done significant amount of legitimate competitions as her pacing tips have proven very helpful. It should also be noted that her motivation gave me a little extra to go for my PB on my back squat which is one of my prouder moments at CFC.

Lisa: Knew her from a previous gym I worked out at, highly enjoyed her workouts and her presence was a primary reason I ended up zeroing in on CFC. I always enjoy working attempting to keep up with her in the workouts as well when she is not coaching.

Michelle: I haven’t partaken in many of her classes due to my schedule but she is the one that focused me on really watching the form on my snatches. I often watch parts of the on ramps after my workouts and I think its a testament to her that relatively new people consistently show up.

Sara: Her personality is contagious and always can brighten a day when arriving for a workout. The classes in April were excellent, it was a challenging but interesting change to do a metcon first followed by some sort of lift/strength movement.

Shane: I haven’t attended as many barbell classes I probably should have due to scheduling, but he is a pleasure to workout out with and the tips on various lifts have proven invaluable in helping continually get better.

Steph: Another bright personality that always does an excellent job of motivating. When she is programming, I often dread the workouts (in a good way), but they always turn out to be excellent and are finished with a great sense of accomplishment. She was also the coach at my first workout back in November 2018-if she didn’t put on a good class it would be doubtful I would have stuck with it.

Taylor: It is always extremely motivating to see Taylor working out prior to a 600 PM session. Keeps the classes loose yet focused at the same time. I was floored when I heard his fitness story leading up to where he is now; it has certainly been an inspiration to keep showing even when you don’t entirely want to.

Tyler: The Thursday evening classes are always a great way to lead into the weekend. His patience in pointing out form improvements has definitely helped me get better. Has focus on flexibility and mobility has caused me to pay more attention to those two areas and that has certainly helped with my overall fitness level.

Overall, the mindset and attitudes of the coaches are contagious and the atmosphere they create is a massive contributor to getting motivated to attend regularly. All of us who go to CFC are very fortunate to have the group they do coaching.

Nothing immediate aside from continuing with incremental improvement across the board…longer term I would love to run a full marathon after having completed several halves and would like to give a real shot at some of the open workouts next year.

I’ve been to 9 Canadian provinces, 44 states and the District of Columbia. I also adopted an orphaned sea otter named Ellie at the Shedd Aquarium in Chicago a couple of years ago 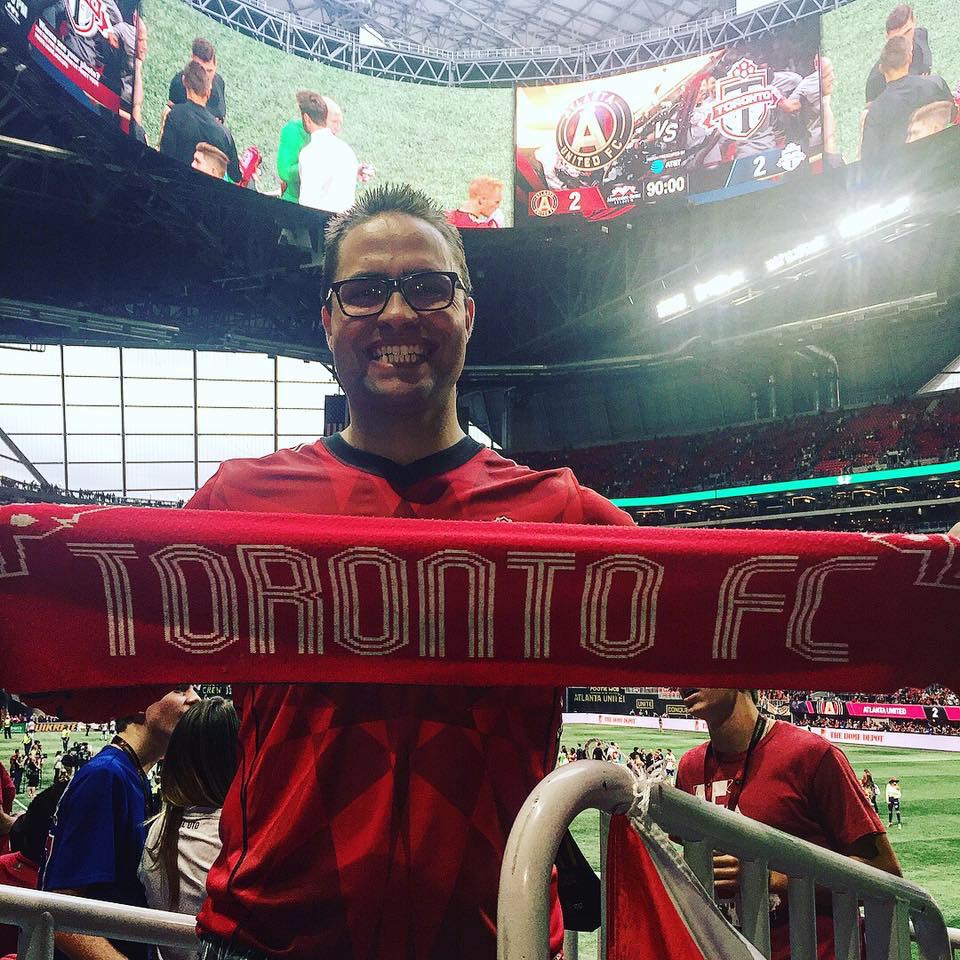 Nick is an awesome person to have in the gym. He brings so much energy to the gym. He is strong and his technique is getting cleaned up on all his lifts. He always attacks the metcons with such effort it is impressive. He is also passionate about his sport teams especially the Raptors. Go Raptors. It’s pretty cool to have suck enthusiasm in every class keep up the good work. – Coach Jason

Nick secretly loves the brutal leg assault workouts more than anyone I think. We teamed up in the spring on a AAB + Thruster workout.. him looking like death was coming his way when I asked to partner up and me thinking I’d be able to go easy with some extra rest as we traded off work… that didn’t end up well for either of us… turns out Nick is probably among the top 2-3 people in the gym on the bike and they we both do not have a “stop” or “rest” button.. me trying keep up on the bike, and he on the thrusters.. I think a little bit of each of us died that day. Best friends ever since.. hahaha
But in all seriousness.. Nick’s one of the most unknowingly powerful beings I’ve come across in my 4 years at CFC. He’s barely scratching the surface of what he’s capable of both strength-wise and aerobically… and I personally look forward to challenging him every chance I get. Not only is he beastly strong but he’s just an incredibly positive and enthusiastic personality to work alongside and coach. We banter about the Raptors, the Assault Bike and any oddly hilarious spice of life that seems to come the way of the day. Keep up the awesome work and keep pushing your limits. – Coach Taylor

Nick is a beast. & a complete gem. He walks into the gym with a smile, and leaves the exact same way. He comes in ready to attack and does just that. I appreciate how dedicated he is to giving it his best shot regardless of how he feels or what the workout is that day. I don’t think I’ve ever heard Nick complain.. about anything. He radiates optimism and positivity. A real treat.

I usually get the opportunity to workout with Nick on Friday evenings (we go head to head… he just doesn’t know it), and the pleasure of coaching him on Saturday mornings. Friday’s he beats me in just about every metcon (#silentkiller), and Saturday’s he’s my best listener and correction-taker.
So happy he joined our crew. He’s a keeper!! – Coach Steph

It is my greatest hope that when this is published, that the Toronto Raptors are up 2-0 and going on to win the 2019 NBA Finals!! For Nick, and all of Canada!

Nick is so strong he surprises himself. He moves weight easily, with beautiful form, and works hard on every cue given. He is a dream athlete to have in class!
He is active outside of the gym, in spin and other sports, giving him a great base of conditioning to work from.

Nick’s attitude is contagious, never gives up on a workout, and as a coach, it gives me personal success when he breaks that huge smile!
Keep working hard Nick! Your presence is a present. – Coach Sara

I haven’t coached or worked out with Nick a lot, but I really appreciate his quiet determination, not to mention his wicked match game (hello Raptors gear!). Recently I think the whole class stopped to watch him squat some tremendous amount of weight. Fantastically strong. Keep up the great work, Nick! – Coach Linz

Never had the pleasure of coaching Nick, but have recently worked out alongside him during the 6pm’s. The guy is a grinder, and is very measured in his approach when it comes to metcons. Nick respects his fitness, and checks any form of ego at the door. Nick’s another example of a very coachable athlete, which seems to be following the athlete of the month trend this year. – Coach Shane

Nick is a workhorse! Squatting machine! Shows up and is all business. Huge golden state warriors fan I’m pretty sure. Great to coach and workout with. Keep up the good work!
I hope your sports ball team wins! – Coach Tyler 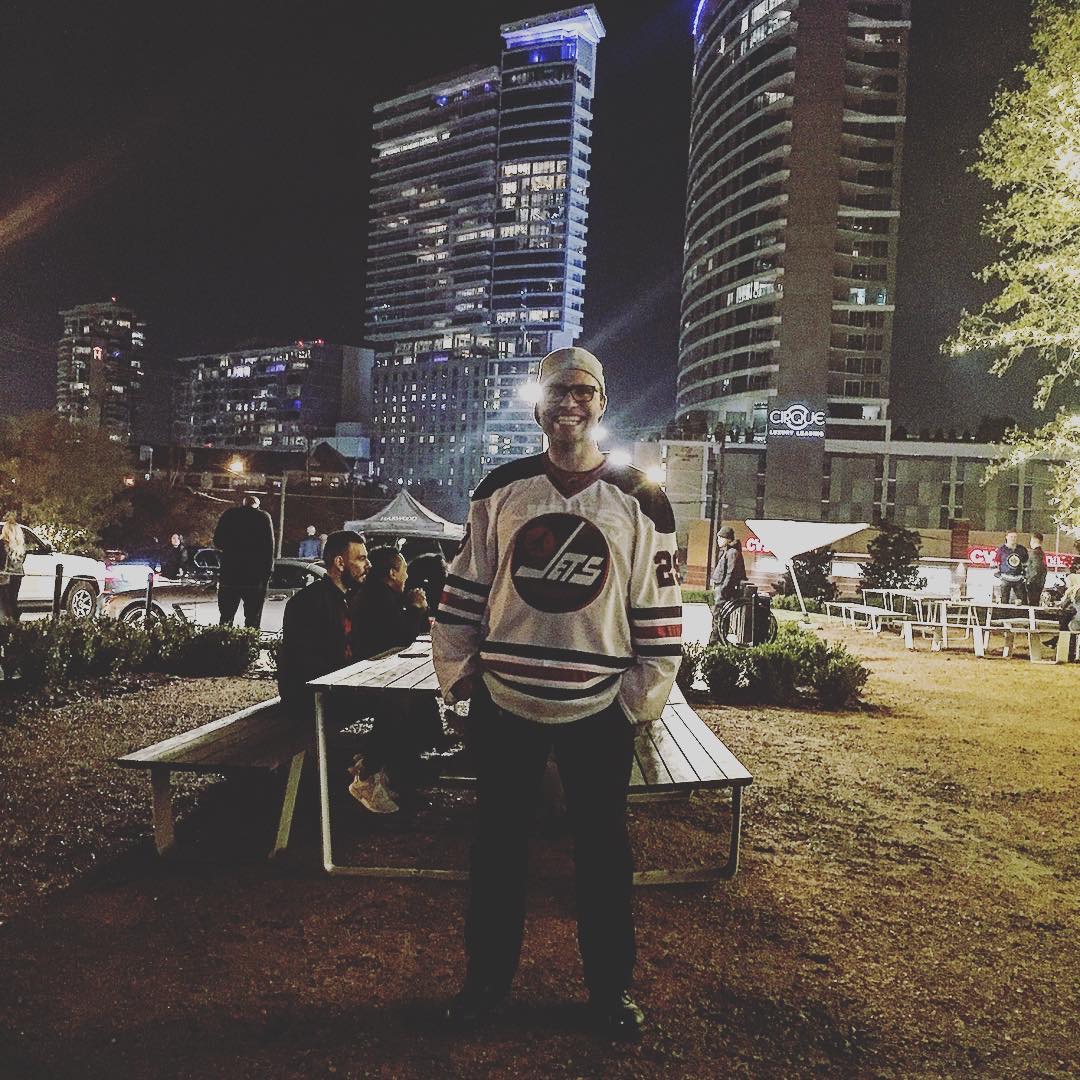